More casting news for Game of Thrones. Belfast-based actor and DJ Kristian Nairn has been cast in the role of Hodor. 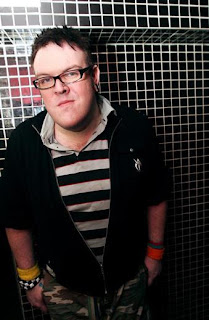 Kristian Nairn is a well-regarded Belfast DJ and is 6 foot 10 tall. He auditioned for the role by filming a tape in his back garden, which leaked out and was well-received by fans. It appears that Game of Thrones will be his first television role. 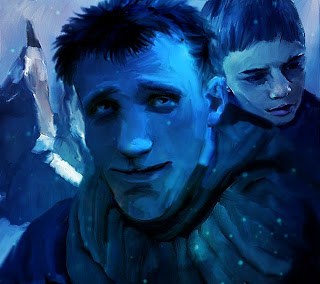 Hodor is one of the castle handymen at Winterfell, known for his great size, gentle spirit, limited intelligence and highly limited vocabulary, which consists of just one word, "Hodor,". He is the great-grandson of 'Old Nan', the oldest servant living at Winterfell. His real name is Walder, but everyone calls him Hodor. Despite his slowness, he becomes a valued friend and ally, particularly to Bran Stark, as the events of the series progress.

One other role, that of the 'old maester' (presumably either Grand Maester Pycelle or Maester Aemon) has been cast, but it has not been confirmed yet who with, although Roy Dotrice is the front-runner based on Martin's latest round of clues. Additional images of Kristian Nairn and of Dotrice can be found on this Russian fansite.
Posted by Adam Whitehead at 09:59

Looks much better in the images after the jump. I hope they get the lighting right, etc. The more normal they make him look, the better. Doesn't look to be a good selection, IMO.