George R.R. Martin has confirmed the first piece of new casting for Game of Thrones, following on from the recasting of roles from the pilot. A young British actor named Finn Jones has been cast as Ser Loras Tyrell. 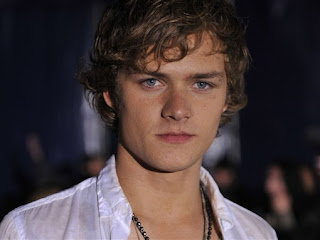 22-year-old Jones has a background in soap acting, appearing in British soaps Hollyoaks, Doctors and The Bill. He also has a role in an upcoming episode of Doctor Who spin-off The Sarah-Jane Adventures. 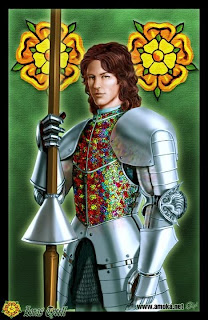 In the books, Ser Loras Tyrell is the third son of Mace Tyrell, Lord of the Reach and one of the most powerful lords of the Seven Kingdoms. Loras is young, dashing and beloved by the common folk his good looks, chivalry and extreme valour in tourneys. Loras is close to his sister Margaery and a good friend of King Robert's brother, Lord Renly Baratheon, for whom he squired in previous years. When Game of Thrones opens Ser Loras is at the capital city of King's Landing, where he makes the acquaintance of Lord Eddard Stark and his daughters. He has a supporting role in the first book but increases in prominence in later volumes.

Martin has also confirmed that decisions have been made over a further half-dozen or so roles, but final deals have not yet been signed and finalised. Expect further news soon.
Posted by Adam Whitehead at 12:55

I'm excited about Jones' casting, but it mostly has to do with the fact that we finally get another bit of casting news. However, I anticipate the casting announcement for characters like, Littlefinger (one of my favorites), Bronn, Pycelle, and Tywin, far more fervently. And it looks like we might be closer to getting them.

Pycelle was cast during the pilot phase, but was not announced since his character was cut before filming.

Looks good. I can definitely visualize him as Ser Loras, pretty boy and all.

My only concern is he looks younger than Richard Madden (Robb), but then, they're never on screen at the same time.

My mental picture of everyone is still in book mode (5-10 years younger than the cast), but I'm sure HBO will make it work.