Jackson back in the frame for THE HOBBIT

After the rumours surrounding Neil Blomkamp earlier his week, it appears that Peter Jackson is once again back as the favourite choice to take over directorial duties on The Hobbit. The Hollywood Reporter suggests that Jackson and the studio reps are in deep discussions over the possibility. Jackson will likely only accept if guarantees are given that filming can start as soon as possible to ensure the films are released in 2012 and 2013. Jackson is developing several other projects, including working on the Tintin movie trilogy with Steven Spielberg and developing Naomi Novik's Temeraire series (possibly a television series), and doesn't want to indefinitely delay them whilst working on The Hobbit (similar to the concerns that Guillermo Del Toro expressed, leading to his departure from the project). 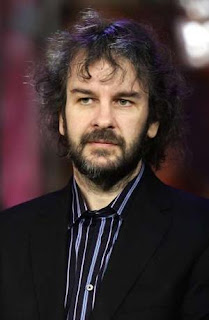 Despite Jackson's reluctance to compete with his prior work in Middle-earth, there are rising complications that make hiring another director difficult. Payment for the director of the movies is likely to be much lower than is usual for a top-line director, due to the complex number of studios, interests and producers involved in the project. In addition, an incoming director would likely have very little creative control over several key aspects of the project, such as the visual design and script, which have already been extensively developed by Jackson and Guillermo Del Toro. A big-name director would like balk at not being able to make their own decisions in these areas.

Apparently the next few days will be crucial to decide if Jackson will direct and, if not, what the ultimate fate of the movies will be.
Posted by Adam Whitehead at 22:34

Good grief - if/when we actually get to see this movie we will know that the time of wonders has yet not passed... The whole project seems to have been plagued by problems from the very beginning, hasn't it?

Absolutely. In fact, Jackson's original plan was to make THE HOBBIT back in 1997 and it was the torturous rights situation with MGM back then that made him go after LORD OF THE RINGS instead, so this has been going on for years and years.

You'd think the studio doesn't know how much money these films are gonna make. It's like having a winning lottery ticket and just leaving it in your sock drawer