LOVE, DEATH AND ROBOTS renewed for second season at Netflix

Animated SF anthology show Love, Death and Robots has been renewed for a second season at Netflix. 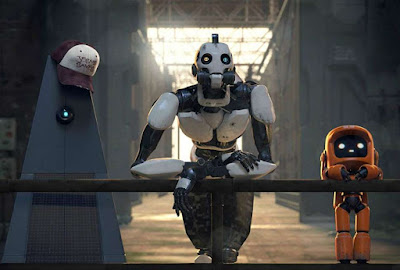 The second season will also have a new art director in the form of Jennifer Yuh Nelson. Plans for the second season are being kept under wraps, but hopefully it will involve more female writers. With authors like Kameron Hurley, N.K. Jemisin, Becky Chambers, Ann Leckie and Naomi Novik being among the most prominent of the current generation of SFF authors (not to mention Lois McMaster Bujold still producing strong work), the first season focusing on older work by male authors felt a bit strange.

Given the long production lead time of the first season, it is unlikely we will see the second season before 2021.
Posted by Adam Whitehead at 16:52