Veteran and Hugo Award-winning television scriptwriter Peter Allan Fields has passed away this week. Fields enjoyed a 34-year career in Hollywood, but is best-known for his contributions to the Star Trek franchise. 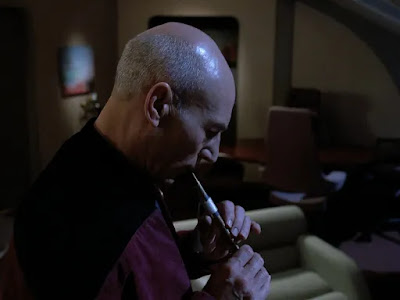 Having trained as a lawyer, Fields switched to television writing and began his career working on The Man from UNCLE in 1965. He went to work on many shows in the 1960s and 1970s, including The Six Million Dollar Man and Man from Atlantis.

In 1991 he began his association with Star Trek: The Next Generation, penning the Lwaxana Troi-centric episodes Half a Life and Cost of Living. In 1992 he co-wrote the episode The Inner Light with Morgan Gendel, which remains one of the most highly-regarded Star Trek episodes of all time (if not the highest-regarded). He won a Hugo Award for Best Dramatic Presentation for his work on the episode.

He also worked on The Next Generation as script consultant for Seasons 5 and 6 but soon accepted an offer to jump ship to work on the spin-off show, Deep Space Nine. His scripts for the series included Duet and In the Pale Moonlight, episodes almost as well-regarded in Trek lore as The Inner Light. After Deep Space Nine ended in 1999, he retired from scriptwriting.

Fields passed away on 19 June. One of the best and most human writers to work on the Star Trek franchise, he will be missed.
Posted by Adam Whitehead at 00:02

Didn't realize he was also involved in "The Inner Light." His contributions to DS9 tend to be overlooked from among the more familiar names in the creative team. Sad to hear of his passing. Thanks for the spotlight.