WHEEL OF TIME Season 1 to shoot for nine months in Croatia, Slovenia and the Czech Republic

Industry site KFTV is reporting that Amazon's Wheel of Time series will start shooting in Prague in September. 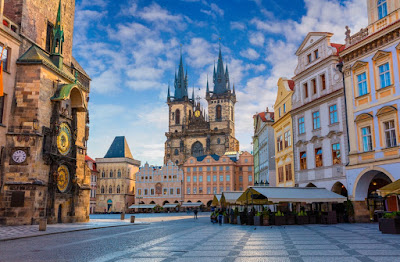 This news was already known, but KFTV go on to confirm that there will be additional shooting in Croatia and Slovenia. The production team under showrunner Rafe Judkins was also recently scouting locations in Denmark, but if it is unclear if they have committed to shooting there as well.

The shooting dates are also interesting: September 2019 to May 2020, a nine-month shoot which is quite impressive (and longer than that for Seasons 1-6 of Game of Thrones, for comparison purposes). With the likely requirement for a lengthy post-production period, this makes it unlikely the show could air much before the very end of 2020, if not the start of 2021.

At the moment it is unknown how many episodes will be in the first season. Six have so far confirmed, but more are likely.
Posted by Adam Whitehead at 12:59