HBO delaying decision on third season of HIS DARK MATERIALS

HBO has decided to wait a little longer before pulling the trigger on Season 3 of His Dark Materials. 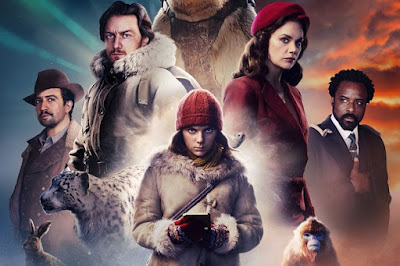 The BBC produced the first season with some international production partners before HBO snapped up the overseas distribution rights and became co-producers. This allowed Season 2 to be commissioned and put in front of cameras months before Season 1 aired. The current reports are that Season 2 should wrap filming in the next few weeks, allowing it to air later this year.

The theory was that HBO and the BBC would be able to analyse the performance of Season 1 and then make a fast decision on Season 3 so they could start shooting it this year. The performance would also factor into the decision whether the story would conclude with a third season or extend into a fourth (the producers have already indicated that they would prefer to split the events of Book 3, The Amber Spyglass, over two seasons). That decision needs to be made ASAP so the writers can get the required number of scripts ready ahead of shooting.

The performance, however, is a little vague. After all repeats and streamings were accounted for, His Dark Materials averaged 5 million viewers for HBO. Compared to most HBO shows, this is a reasonable showing, if way behind Game of Thrones. The show did better in the UK, where the first episode debuted to over 7 million first-run viewers before dropping back to a still-respectable 4 million by the final episode (not accounting for time-shifting, streaming and downloads).

Both HBO and the BBC are also pleased by the show hitting the "family viewing" demographic, normally something HBO doesn't aim for, especially since the BBC's other family viewing genre heavyweight, Doctor Who, has had a fairly mixed reception with its new season.

On that basis it sounds like the scales are tipped towards renewal, but HBO and the BBC are going to take some more time to think about their options. In theory they could wait to see the performance of Season 2 before making a final decision, although this would delay production until well into 2021 and the airing of a third season until 2022, which might cause issues with the ageing of the young castmembers.
Posted by Adam Whitehead at 22:51