Amazon has decided to pass on Sony's Dark Tower TV series, based on the Stephen King novels, which the streamer had been developing with former Walking Dead showrunner Glen Mazzara. 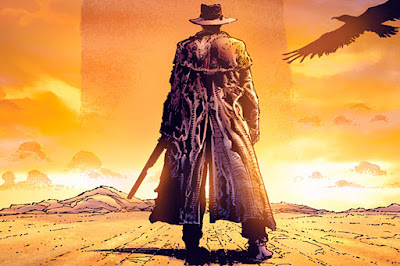 Work on the show began in 2016 when Sony shopped a package consisting of a feature film series adapting the books and a TV prequel focusing on the younger days of protagonist Roland. The TV series would be based primarily on the fourth book, Wizard and Glass, as well as developing other episodes from Roland's backstory only alluded to in the books.

The Dark Tower movie, released in 2017 and starring Idris Elba as Roland, ended up bombing at the box office. Sony distanced the TV series from the film, instead proposing it still start with Roland's younger days but then move forward and adapt the books directly in later seasons. Under this new scheme, Amazon greenlit and filmed a pilot last year, with Sam Strike as Roland and Jasper Pääkkönen as Marten, an alias of the villainous Man in Black.

Amazon has sat on the pilot for several months whilst debating the merits of proceeding with the series. The decision to drop the project seems to have been based on multiple factors: the quality of the pilot, the confusing and complex nature of the source material (which spans multiple worlds, dimensions and timeframes) and the fact that Amazon is already working on two other major, budget-busting fantasy properties: The Wheel of Time and The Lord of the Rings: The Second Age.

Sony are now shopping the project to other networks and streaming services to see if anyone will bite. King is hot at the moment giving the success of the IT duology of movies, but The Dark Tower is definitely a challenging project to get right.
Posted by Adam Whitehead at 19:17