Season 2 of THE WITCHER moves filming to the UK, builds entire town

Season 2 of The Witcher is moving its filming base from Hungary to the United Kingdom. 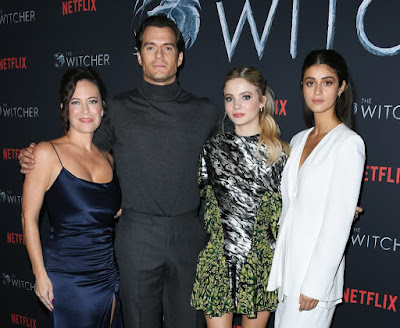 Season 1 of The Witcher was based in Belgrade, with location filming in both Hungary and Poland, the home of the author of the novels, Andrzej Sapkowski. However, the production has shifted to the UK for the second season which shoots next month. Season 2 will be based at the newly-built Arborfield Studios near London with location filming across the country, including Scotland.

The reason for the move is likely linked to the much more established film and post-production base in the UK, the wider pool of English-speaking actors and the fact that much of the cast is already based here (including Henry Cavill, who lives in London), as well as the UK government's generous tax breaks for filming.

An entire medieval town is also being built near Arborfield, likely to stand in for several different locations in the books (probably including Gors Velen and Oxenfurt, potentially Novigrad as well).

Although production being based in the UK means that opportunities for location filming in Eastern Europe will be more limited, there will still be some scope for it, especially given the production team's keenness to ensure that Poland is still represented in the project.

Season 2 of The Witcher begins shooting on 17 February and is expected for around five to five and a half months, with an estimated wrap date of late July or early August. Based on the post-production turn-around of Season 1, that means the earliest Season 2 can air is March or (more likely) April 2021.
Posted by Adam Whitehead at 11:40