Doctor Who has hit an impressive milestone, becoming the first science fiction TV series and, in fact, the first TV drama ever to air a new episode in every decade for seven decades in a row. 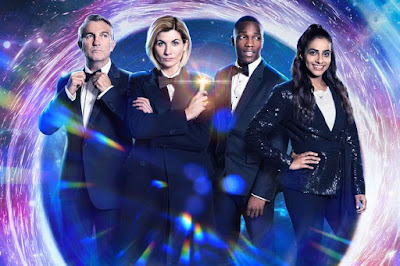 Doctor Who began in 1963, airing twenty-six seasons of television in successive years until it went on hiatus in 1989. The show aired a 90-minute special in 1996 (as well as a non-canon TV special in 1993), then returned full-time in 2005. The show began airing its twelfth season since its return, it's thirty-eighth in total, on New Year's Day.

Doctor Who beat British soap Coronation Street (which started airing in 1960) to the punch by just one hour and five minutes. British astronomy show The Sky at Night, which began in April 1957, will become the first non-news TV series to air an episode in every decade for eight successive decades when it airs its next episode on 12 January. UK children's show Blue Peter (which began in 1958) will hit the same milestone this month as well.

American soap General Hospital, which began airing in April 1963, hit the seven decade milestone yesterday. On 23 January Star Trek will become the first American SF franchise to hit the seven decade mark, when Star Trek: Picard debuts on CBS All-Access (although this will have only been achieved through eight different TV series).

In terms of shows continuously airing - excepting soaps - the longest-running scripted series honour falls on Japanese anime Sazae-san, which started in October 1969 and thus has also aired at least one episode in every one of seven decades successively. The longest-continuously-running American scripted series (again excepting soaps) is The Simpsons, which began airing in December 1989 and thus as of 5 January (when the next episode airs) has aired in each of five successive decades. British SF sitcom Red Dwarf, which began in February 1988, will achieve the same honour later this year when it airs a two-hour TV movie, although it has had lengthy hiatuses (the longest being for nine years) as well.

The longest-running TV broadcasts in the world are the BBC's coverage of the Lord Mayor's Show and the Wimbledon tennis championship, which both began in 1937 before pausing for World War II and resuming in 1946, airing annually since then, making them the only TV broadcasts to have aired in each of ten decades when the next events air later this year.
Posted by Adam Whitehead at 00:41