Babylon 5, one of the greatest SF shows of all time, is leaving its current streaming home on Amazon next week. 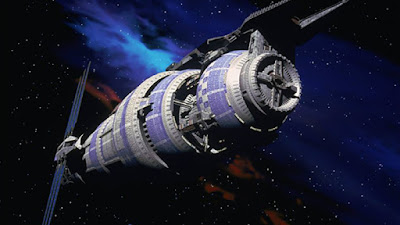 Babylon 5 has not had a regular streaming home, being bounced from service to service for several years. It landed on Amazon Prime in June 2018, but after eighteen months it will leave the service on 31 January. Where it will land next is unclear, but it's long-term home will likely be Warner Media's new streaming platform, HBO Max, which is due to launch in May this year.

If you haven't checked out Babylon 5 yet, it may be too late to do so unless you can cram 110 episodes into seven days. The show remains available on DVD.
Posted by Adam Whitehead at 21:43