Netflix show turns THE WITCHER novels and games into bestsellers

Better late than never. Twenty-seven years after it was first published, The Last Wish, the first book in The Witcher series, has hit the New York Times Bestseller list, landing at #4. Blood of Elves, the third book, has landed at #12. Sword of Destiny, the second, has joined the two books on the Amazon bestseller lists as well. 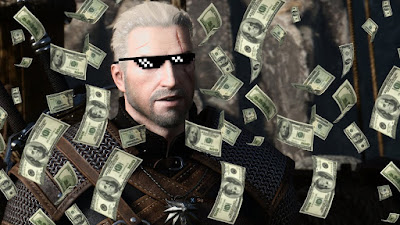 In fact, the books have sold so well that it appears that Orbit Books, the US publisher of the series, may have run out of physical copies as well.

This isn't the first time the success of a visual adaptation has driven fantasy book sales. J.R.R. Tolkien's The Lord of the Rings sold over 50 million additional copies in the first few years after Peter Jackson's movie trilogy hit screens (and many more since then), whilst the titanic success of Game of Thrones on HBO resulted in around 80 million additional sales of the Song of Ice and Fire novel series (and bringing total sales close to 100 million).

There are also reports of a massive boom in sales of the three Witcher video games, with The Witcher 3: Wild Hunt enjoying a particularly large spike in sales. According to the publishers, CD Projekt, the game now has more people playing it than when it was released just under five years ago. CD Projekt will be launching their next game, the hugely anticipated SF RPG Cyberpunk 2077, in April and will be hoping some of their new Witcher fans will check that game out as well.

Meanwhile, showrunner Lauren Hissrich is back on set in Budapest ahead of the shooting of Season 2 of The Witcher, which is expected to start in early February and air around March 2021.
Posted by Adam Whitehead at 01:01