The latest writers for the Dungeons & Dragons movie have confirmed that their script for the film is complete. Jonathan Goldstein and John Daley have worked together on several comedies (including Horrible Bosses and Game Night) but also co-wrote the well-received Spider-Man: Homecoming for Disney. 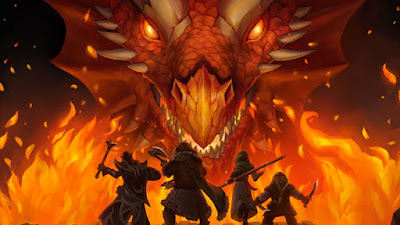 The current D&D movie project has had a torturous development period. The project was bogged down in a legal action with the previous holders of the film rights (who developed the terrible 2000 movie and its two direct-to-DVD sequels) for several years, and since then has gone through a succession of writers and directors. At one point Hasbro and Paramount firmly committed to a release date of 23 July 2021, but it's unclear if that's still the plan. If so, the film will have to get before cameras pretty quickly.

A previous draft of the film was set in the Forgotten Realms world and would involve Waterdeep, the Yawning Portal Inn and the vast dungeon of Undermountain, but it's unclear if the new draft still shares that setting.
Posted by Adam Whitehead at 22:36