In a surprising move, it appears that the critically-acclaimed PlayStation 4 video game Horizon: Zero Dawn is heading for PC. It marks the first time that a Sony-owned and developed video game will being ported to the PC platform. 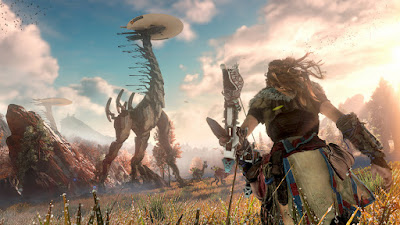 Sony has previously paid independent developers for exclusivity periods on their games, but once those periods expire, they are free to port those games elsewhere. This is what led to Quantic Dreams' Heavy Rain, Beyond: Two Souls and Detroit: Beyond Human being released on PC last year and why Death Stranding will be released later in 2020 after its exclusivity period on PS4 ends.

Horizon: Zero Dawn is different in that it was originally released in 2017 from Guerrilla Games, a wholly-owned subsidiary of Sony. The game being ported to PC would mark a strategic shift from Sony who have previously locked exclusives down to their consoles to encourage unit sales, but it would be similar to Microsoft who have effectively ended the X-Box exclusivity idea entirely, with all X-Box games now planned for PC release. That makes more sense as Microsoft have skin in the game (Microsoft obviously develop the dominant PC operating system, Windows 10).

Although significant, the move is not entirely without precedent. Sony have made their PlayStation Now service available on PC, which already allows PC players to stream PS3 and PS4 exclusives to their machines, albeit with no improved graphics and only being able to use PlayStation controllers. Allowing their exclusives to be natively ported to PC could of course be seen as an evolution of this service, especially if such games are only exclusively available through PlayStation Now.

It's possible that Horizon: Zero Dawn is a test pilot for the idea. By the time it reaches PC, it will nearly be four years old and it being revamped and updated for PC would also allow it to be re-released for the next-generation PlayStation 5 console. Whether this means other PS exclusives, such as The Last of Us and its forthcoming sequel, will follow remains to be seen.
Posted by Adam Whitehead at 23:10

Nice. This game was definitely catching my eye.