This is one everyone can join in on. What are the most common errors you see people making about SFF books? Not spelling mistakes or things of that nature, but more assumptions that people make and trivia that commentators may not be aware of? Here's a few to get started: 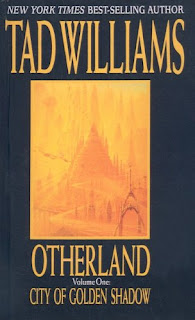 1. It's Otherland, not Otherworld.

Tad Williams' four-volume Otherland series is a fine 'rationalised fantasy', with the fantasy elements taking place in a VR simulation in late 21st Century South Africa. However, everyone and their uncle seems to get the name wrong, calling it Otherworld. To be honest, this is probably a more accurate title, but it's not the right one. Yet I've seen bloggers, magazines and even hardcore Williams fans make this mistake as well. 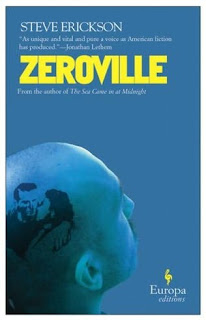 Anomander Rake not present.
2. It's Steven Erikson, not Steve Erickson.

The author of the Malazan series is called Steven Erikson, not Steven Erickson. This is probably the single most common mistake I encounter on forums, and used to make it myself. You may say, so what? But in this case the distinction is important, as there is also an accomplished, award-winning speculative fiction author called Steve Erickson who has written books such as Arc d'X and Zeroville and championed a young Neil Gaiman during his Sandman days (he wrote the introduction to one of the graphic nove collections). Of course, to add to the confusion, Malazan Steve's real name is actually Steve Rune Lundin, with Erikson as a pen-name (according to rumour, adopted because it puts his and Ian Esslemont's Malazan books next to one another on the shelf). In a similar vein, Frederik Pohl gets renamed 'Frederick' quite a bit as well. 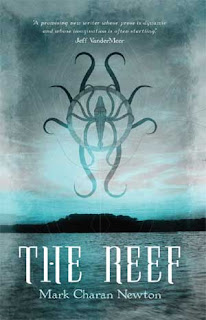 Mark seems rather embarrassed by it, but a year before Nights of Villjamur came out, British small press Pendragon Publishing put out a book by him called The Reef. It's a proper novel, 310 pages in length, and is set in the same world as his Legends of the Red Sun series (albeit thousands of years removed in a remote part of the world). More importantly, despite Mark's claims, it's actually pretty good. 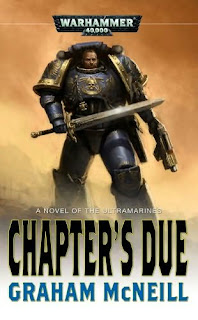 But who'd win in a fight between an Ultramarine and Jim Raynor?
4. Warhammer & 40K predate WarCraft and StarCraft.

Penny Arcade put it best, but it's not uncommon to see people making this mistake even today: Dawn of War ripped off StarCraft, Warhammer Online ripped off World of WarCraft, the Tyranids are totally repainted Zerg and so on. You know, ignoring the fact that Warhammer debuted in 1983 (eleven years before WarCraft: Orcs and Humans) and Warhammer 40,000 in 1987 (eleven years before StarCraft). And that Blizzard reportedly asked Games Workshop to do official Warhammer computer games in the early 1990s and were turned down, so had to create their own IP. Not knocking Blizzard here (StarCraft II will be my first day-of-release PC game purchase in almost three years) who make fantastic games, but the idea that Games Workshop stole anything from them is chronologically impossible.

By about sixty-five years. Seriously. 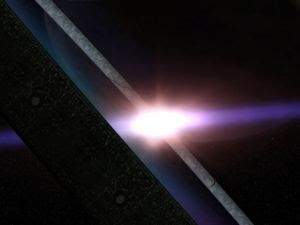 6. The Halo is more like a Culture Orbital than the Ringworld.

The titular construct from Bungie's X-Box games is actually much more like an Orbital from Iain M. Banks' Culture novels than Larry Niven's Ringworld (from his classic 1970 novel of the same name). They pretty much all look the same, but famously Niven's construction is too big to actually work in accordance with the laws of physics, and increasingly ridiculous explanations are offered in the succeeding books as to how to stabilise the structure, including fitting rocket engines the size of Jupiter to it. The Culture Orbitals are 'merely' 3 million km across and much more stable. Oddly, it's the computer game which makes the most sense, with the Halos only being about 10,000 km across. The biggest similarity between the two is that both Orbitals and Halos orbit a star (the latter in conjunction with supermassive gas giants), whilst the Ringworld completely encloses it. All of that said, Microsoft did give Niven a complimentary X-Box and copy of the game, acknowledging the visual similarity of the design.

I thought we'd seen the back of this one many years ago, but the recent announcement of the HBO TV series has seen a whole truckload of coverage of the books and the series in more mainstream outlets. Thus we are now seeing stories about A Song of Fire and Ice, an SF series set on the planet Westeros where the seasons last for forty years, or some other butchering of title and premise. Less of a criticism of SF fans as mainstream journalists who can't even be bothered to look at Wikipedia for five minutes. 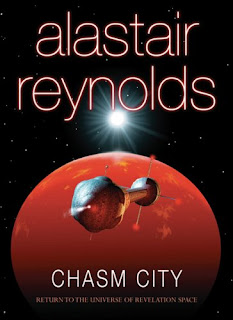 Scott Lynch's fantasy sequence is called The Gentleman Bastard, singular, a reference to the central character of Locke Lamora. The confusion is understandable since Locke's gang is called the Gentlemen Bastards, but the singular title makes more sense given the fate of many of the Bastards and their allies in the first two books.

Impressive? Yes. Even remotely plausible? Not really.
10. A Dyson Sphere isn't what writers often think it is.

In SF parlance, a Dyson Sphere is a solid shell completely enclosing a star at a distance of roughly 1 AU, providing a living surface billions of times greater than that of a terrestrial planet, powered by absorbing 100% of the energy of the englobed star. Whilst a fantastic and mind-blowing idea, it's not actually what the term means. A 'proper' Dyson Sphere in fact consists of many individual solar collector satellites stationed in orbit around the Sun, absorbing the energy and returning it to Earth for use. Freeman Dyson, the creator of the concept, was not a fan of the 'sold shell' approach, finding it unconvincingly unrealistic. Also, vast numbers of problems have been identified with the 'solid shell' approach, enough to render the idea almost completely unfeasible. But SF writers still use them (and misuse the name) because the idea is cool.

Further suggestions will be gratefully received.
Posted by Adam Whitehead at 16:54

In accordance with that internet law you've made your own mistake: The Reef was published by Pendragon Press, not PS Publishing.

Nice catch. It was, of course, ironically deliberate.

While I'm well aware that The Reef is Newton's actual debut, I refer to Nights of Villjamur as his debut firstly because it's his first book for a major publisher, and secondly he tends to regard NoV as his 'proper' debut.

Interesting. Reminds me of band discographies which get confused because the band may have released EPs or 'mini-albums' before their first big-label release (particularly thinking of Ash, whose debut album was actually 'Trailer', despite '1977' being their first big release).

However, I wasn't talking about a qualititive approach, but a simple factual one: Mark did release a novel before NIGHTS, albeit it being difficult to get hold of now.

Admittingly this one wasn't very difficult to think of, but people often mistakenly name GRRM's brilliant series "A Song of Fire and Ice" instead of "Ice and Fire".

Personally, I prefer to refer to Nights my major label debut. :)

@ Andy: So obvious, I'd forgotten it. I once saw someone refer to a book series called the MARZIPAN BOOK OF THE FALLEN which sounded awesome, until I realised they were being deliberately facetious, so it doesn't really count.

@ Mark: There you go, but don't forget those of us who followed you when you were still indie! Keep it real on the streets etc!

--When people spell publishing company Del Rey incorrectly as Del Ray. It was only started by one of legends of the genre and has only been around for 30+ years

--That Terry Goodkind is actually a good writer.

I do believe Jay Lake has had three novels referred to as his debut: Rocket Science, Trial of Flowers, and Mainspring.

One I've seen on here (among many other places), The Gentlemen Bastards. According to the FAQ on the author's page, it's the Gentleman Bastard Sequence, notice the singular.

Describing Robert E. Howard as a novelist, with references to the "original Conan novels" or the "original Solomon Kane novels". In fact, Howard was a primarily a short story writer and only wrote one Conan novel, The Hour of the Dragon, and it was the only novel he ever completed because he didn't like the form.

Kind of moving sideways into comic book land, but I see lots of people refer to Alan Moore and Dave Gibbons's Watchmen as The Watchmen. But there is no article in the title. Moore and Gibbons have never to my knowledge called it The Watchmen, but I guess people like articles because they keep putting that "The" in that title.