Along Came a Spider

In the latest casting news from Game of Thrones, Irish actor Conleth Hill has been cast as Varys. 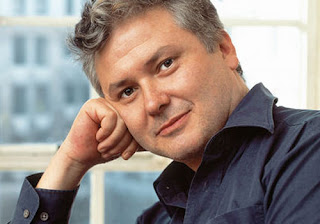 Hill is a veteran stage actor, the winner of the Laurence Olivier Award and nominated twice for the Tony Award. His list of film and TV credits is much smaller, but he recently worked with Larry David and Woody Allen on the film Whatever Works. 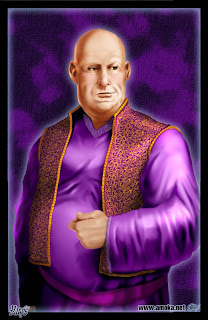 In the series he is playing the eunuch Varys, the Master of Whisperers, King Robert's spymaster and gatherer of intelligence. Nicknamed 'The Spider', Varys is a fiercely intelligent and incredibly knowledgeable master of intrigue whose ability to ferret out secrets is uncanny. His loyalties are uncertain, his goals unclear, but he professes to want to keep the peace in Westeros no matter the cost.

Also announced was Rob Ostlere, a young new actor out of film school, who is replacing Jamie Campbell Bower in the role of Ser Waymar Royce in the first episode. Bower played the role in the pilot but is unavailable for the reshoots as he is filming the new King Arthur series Camelot for Starz, hence the recasting.

Are the going to reshoot the entire first episode? None of the exchanged actors (Ehle and Merchant) is in the prologue.

There is a strong feeling they might. The younger actors are all 8-9 months older now, so all their scenes may have to be reshot, plus they have new costume and make-up designers on-board, who may want to rework the designs from the pilot.

They have to refilm all of the Morocco stuffy because of the recasting of Daenerys; they have to reshoot almost all of the Winterfell scenes due to the recasting of Catelyn; and we know they're refilming the pilot with new actors for Royce and Will. That doesn't leave much left over (the Robert/Eddard scene in the crypts, the new introduction with Tyrion and the prostiute Ros, maybe the scene with Jon and Tyrion outside the feasthall), so they might as well redo the whole lot for improved continuity.

So they'll need to be at Doune Castle again, maybe.

I saw him in a play in Belfast a few years ago and he was very good indeed.

Coincidentally the play was written by Marie Jones, wife of Ian McElhinny, who is playing Ser Barristan. If I remember correctly he directed the play.

It's good to see that HBO are employing a top notch cast for the show.