In arguably the single highest-profile casting news since Sean Bean, HBO have confirmed that Charles Dance will be playing the role of Tywin Lannister in Game of Thrones. 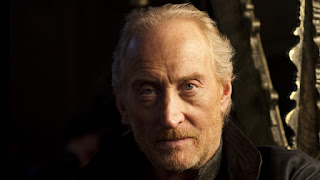 Hopefully, Charles Dance needs no introduction. He is a highly respected British actor of many years' standing, most recently lauded for his barnstorming performance as Tulkinghorn in the BBC adaptation of Bleak House. His most famous genre roles come from the movies The Golden Child, Alien 3 and Last Action Hero, as well as recently appearing in Merlin as a witchfinder and in the Terry Pratchett mini-series Going Postal, playing Lord Havelock Vetinari, the Patrician of Ankh-Morpork and a similarly iconic role of modern fantasy. In an amusing coincidence, Dance played one of the henchmen to Julian Glover (just announced playing Grand Maester Pycelle) in the James Bond movie For Your Eyes Only. 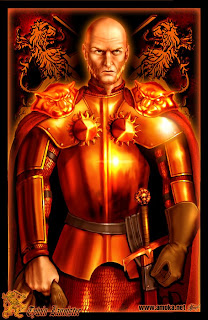 In the series he plays Lord Tywin Lannister, the extremely formidable head of the powerful Lannister family, the no-nonsense father of Cersei (Lena Headey), Jaime (Nikolaj Coster-Waldau) and Tyrion (Peter Dinklage). Tywin is ruthless to his enemies, loyal to his friends but merciless when he feels the honour of his house and family is being questioned. He is obstinately the villain (or one of them) in A Song of Ice and Fire, but is never really written as such, as all of his actions (even the heinous ones) are driven by clear, if twisted, motivations. It is an absolute gift of a role and I am eager to see what an experienced actor as Dance will do with it.
Posted by Adam Whitehead at 23:01

He looks like he could pull off Tywin, and his acting resume definitely supports that. Still, a part of me can't help but wish that Dale would have played the Lannister patriarch.

I think Dale would have done a reasonable job, but his appearances in LOST Season 6 finally convinced me that he cannot do an English accent. He had the look, the acting chops and the attitude, but the accent seemed to trip him up.

I wanted Dale too but I think this bit of casting is spot on. I hadn't even considered Charles Dance but now I can't picture anyone else.

The casting in this has been superb.

Dale would have pulled off the role quite well, but I think Dance is the better actor. Being Australian no matter what I see Dale in I can't help thinking "But he's Jim from Neighbours!"

Charles will perform well. I had still hoped that Bill Nighy would be tabbed to play Tywin.

IMHO, they couldn't have selected a more perfect actor for this role. Just watch Bleak House to see how well he can play a cold, ruthless S.O.B.!

Definitely a good choice in my opinion! Though, I haven't followed speculation on casting particularly closely but I'm impressed with what I've seen so far.