Filming started on Monday on HBO's Game of Thrones. The series is being filmed out-of-order, apparently using the British 'production block' method (as I detail here), and it appears the focus of the first phase of filming will be on King's Landing and the Red Keep, with apparently Sean Bean (Eddard Stark) and Aiden Gillen (Littlefinger) doing a lot of the filming work at the moment. Apparently the Winterfell set will not be in regular use until September, whilst construction of the Castle Black set is also ongoing. 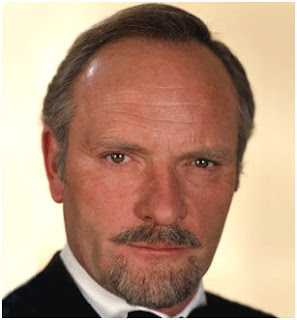 George R.R. Martin has announced that, sadly, Roy Dotrice has been ill and proscribed four months of rest, preventing him from playing the role of Grand Maester Pycelle as planned (although, hopefully, this may mean that Dotrice may be able to record the Dance with Dragons audio book, depending on timing). Dotrice has been replaced in the role by his old friend Julian Glover, a very distinguished British actor. Genre fans will best know him for playing the role of General Veers in The Empire Strikes Back (just about the only Imperial officer who actually fulfils his mission properly in all three films) and his superb turn as the villainous Scaroth in the Douglas Adams-scripted Doctor Who story City of Death in 1979, which I heartily recommend to everyone. He'd also previously played Richard the Lionheart in the adventure The Crusades fourteen years previously. His most recent major roles were as Triopas in Troy (the guy at the start of the film who gives his fealty to Brian Cox after his champion is killed by Brad Pitt) and as the Duke of Wellington in Young Victoria.

Four additional female roles have been cast and announced (I'm late with one of them). First up, acclaimed German actress Sibel Kekilli is playing Shae. 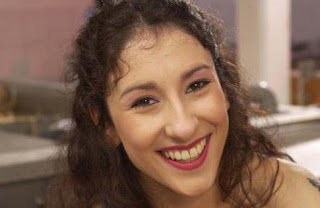 Kekilli is an experienced actress who has won several major film awards in her native Germany. As a Muslim of Turkish descent, she has also been embroiled in controversy over her racy film roles and her support of charities helping victims of domestic abuse. Martin reports that her audition, of the scene where Shae meets Tyrion just before the Battle of the Green Fork, was very impressive. 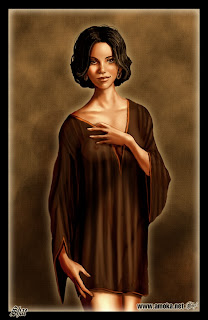 Shae is a camp-follower who accompanies the Lannister army in the field. She - somewhat naively - hopes to attach herself to a knight or lord and become a respectable citizen and, to this end, attaches herself to Tyrion Lannister when she meets him. Shae has a small role in the last part of the first book but is a more important player in the second and third volumes. 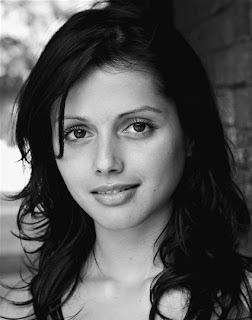 Amrita Acharia is playing the role of Irri. Acharia is a young actress with a few movie and stage roles to her name. Irri is one of Daenerys Targaryen's handmaidens, and is famous in the books for voicing the phrase, "It is known,". 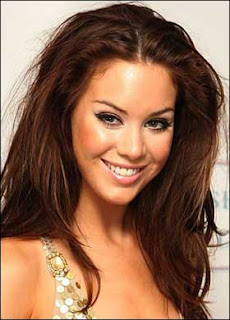 Roxanne McKee is playing Doreah. McKee is a British model and actress best-known for a three-year stint playing the character of Louise Summers in Hollyoaks. Game of Thrones will be her second major television role. Doreah is a young slave gifted to Daenerys as part of her wedding to Khal Drogo and becomes one of her closest and most loyal advisers.

In slightly older news, Natalia Tena has been cast as Osha. 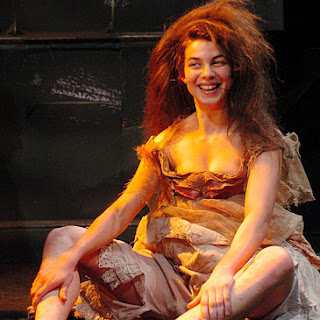 Not the most flattering picture of Tena, but probably not far off her appearance in THRONES.
Natalia Tena is a British actress and musician, best-known for playing the role of Nymphadora Tonks in the Harry Potter movies The Order of the Phoenix and The Half-Blood Prince, a role she will resume in the two-part The Deathly Hallows. She also appeared in the movie About a Boy. As a musician, who sings and plays accordion in the excellently-named band Molotov Jukebox.

Osha is a wildling warrior woman who abandons her people to seek solace south of the Wall. She finds her way to Winterfell and (for lack of a better word) befriends the Starks and becomes part of the household.

With these roles cast we're almost done. Tywin Lannister remains the only truly major role left to be cast, now it has been confirmed that Brynden and Edmure Tully have been pushed back to Season 2. The status of Walder Frey, Roose Bolton, Maege Mormont and Rickard Karstark also remains unknown, but it may well be that they're not going to be very high profile in the first season given the lack of news about them. I certainly cannot imagine losing Walder Frey from the first season, as establishing him early is absolutely critical to the storyline. To round off, Sky TV will be showing Game of Thrones in both the UK and the Republic of Ireland as part of a new, $130 million deal with HBO to show both new and old shows on their channels.
Posted by Adam Whitehead at 13:32

Hmmm the Sky aspect is interesting, I take it that now means that the BBC have pulled out. It doesn't make too much of a difference to me unless Sky place it on their film channels as they did with the Pacific.

I wonder if Sky are going to part finance the show or if they are just going to show it.

I was thinking the samething when it came to sky broadcasting the show. Would love to see it get coverage on sky one, just for the larger audience. However, I doubt there going to show it. With ads it will be about 1 hour 30, which would totally mess up there schedule.
But Sky Movies only worked with Pacific because of the massive ad campaign, maybe Thrones will only get a moderate ad campaign like with other genre shows like Caprica, which I don't think will work too well on Sky movies :/
altho I would love to be proved wrong :P

My concern is that which Mark raised. We're on a fairly basic Sky subscription, and I wouldn't really want to shell out for movie channels just for GoT. I'm hoping it'll be on Sky One - It seemed alright when they showed Pratchett's Going Postal.