Scott Lynch has revealed on his blog (during a discussion on the Blizzard forum ID debacle, which I may cover in a future Countdown to Liberty post) that he is close to handing in revisions on The Republic of Thieves, suggesting that the Spring 2011 date for the book is solid. He is, "Trying to steer a certain book home, baby, home. Revisions are due." 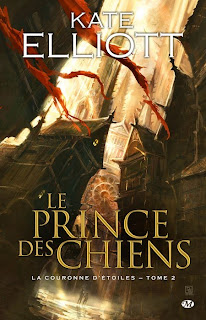 Kate Elliott talks about the Crown of Stars fantasy series which is now coming out (with amazing cover art) in France.

Wizards of the Coast appear to be undergoing some sort of worrying convulsion at the moment, shedding employees, delaying and dropping novels and generally acting in a bizarre manner. Paul Kemp, one of their biggest-selling authors, has seen his new Erevis Cale novel, Godborn (the first in a new trilogy), pushed back all the way to mid-2012 with no explanation, whilst the Forgotten Realms book editor, Phil Athans, has been dismissed. All of this comes amid rumours that Dungeons and Dragons is severely under-performing for WotC (not making a loss, but still not hitting their targets) and questions over the game's future direction. 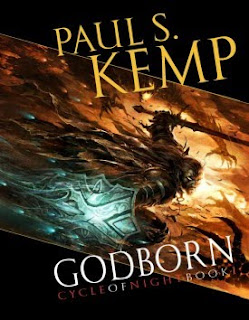 On Facebook and Twitter Brandon Sanderson has said he has completed the writing of Towers of Midnight, the penultimate Wheel of Time novel, and is now hard at work on revisions before the book's deadline of mid-August to get the book out in the first week of November, as planned.

At a recent book-signing in San Diego, George R.R. Martin reported that A Dance with Dragons has now passed the 1,400 manuscript-page mark. His previous blog posts had revealed that the target length of the book has dropped below the 1,500 MS page-count of A Storm of Swords, indicating that completion is, if not imminent, then at least heaving (if unpredictably lurching around) into view. There are also rumoured signs that Bantam US are targeting a Spring 2011 release date even if the book is completed imminently, which leaves it up to HarperCollins Voyager in the UK to see if they can repeat their Herculean feat of getting Swords on shelves less than ten weeks after hand-in, to ensure both a 2010 release and an influx of overseas sales.

Recent rumours that a Doctor Who movie was in development with Johnny Depp starring have been pretty thoroughly crushed. Russell T. Davies has swatted it down as well.
Posted by Adam Whitehead at 11:28

Athans was at WOTC for a very long time. Anytime an imprint with such a long-tenured editor whose proven successful is dismissed is worrying indeed. Kemp's Cale novels are pretty good and at one point, I think Godborn was canceled before actually being resolicited.

It's a pretty open secret that GODBORN was cancelled because WotC were unhappy with Kemp working on STAR WARS novels. That's why a number of their other authors who went off to work on STAR WARS (like Troy Denning and Elaine Cunningham) haven't done anything recently for WotC (although there is also the fact that a lot of former WotC novelists are very unhappy with the nuking of the Forgotten Realms wiping out scores of their established characters as well). In Kemp's case they apparently reached a new agreement to allow him to work on both STAR WARS and FORGOTTEN REALMS simultaneously.

WotC have definitely suffered from the direction they took 4th Edition in general and FORGOTTEN REALMS in particular. The fact that huge numbers of D&D fans jumped ship to pick up Paizo's PATHFINDER game instead (which is basically D&D v3.75), which is thriving, is a clear sign of that.

@Adam - and I probably don't need to tell you this, but Elaine Cunningham has now been signed on to do new books in the Paizo fantasy line of novels based on PATHFINDER.

I figured WOTC didn't like their authors playing in other people's sandboxes. I don't recall a hub-bub about Salvatore playing with Lucas's toys, at least that WOTC was displeased.