Samwell Tarly cast for A GAME OF THRONES

Further casting news for HBO's Game of Thrones: John Bradley-West will be playing the role of Samwell Tarly in the series. 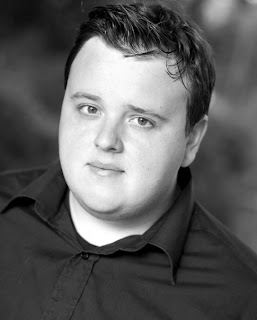 John Bradley-West is 21 years old and from Wythenshawe, Lancashire, on the outskirts of Manchester. He is a graduate of Manchester Metropolitan University and this is his first television role after a string of university theatre productions. He starts filming his scenes in mid-August. 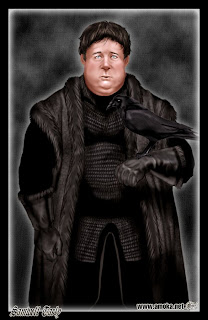 John is playing Samwell Tarly. Sam is the eldest son and heir of Lord Randyll Tarly, the most respected and feared general and battlefield commander in all of the Seven Kingdoms (and, in the eyes of many fans, the Chuck Norris of Westeros). Randyll is a stern, strict disciplinarian who believes in absolute obedience and martial skill above all other attributes, whilst his son prefers books to swords and playing with puppies to hearing the lamentations of his enemies. Unhappy with his son's soft ways, Randyll has sent him packing to the Wall, to join the Night's Watch who will make a man of him (or kill him in the attempt, either is fine with Randyll). Sam will appear later in the first season and will become a friend and associate of Jon Snow (Kit Harington).

Filming of the first season proper begins later this month, and a number of other casting announcements are expected before then.
Posted by Adam Whitehead at 11:34

He's so perfect! I saw his picture and thought of Samwell.