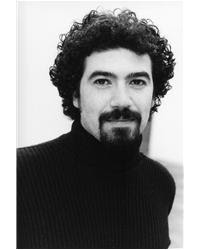 Miltos Yerolemou has had a small number of guest roles in British comedy series such as Black Books, My Family and Absolutely Fabulous, as well as a more impressive theatrical career. Game of Thrones will be his biggest role to date. 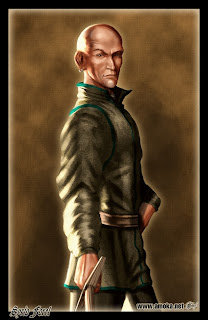 "Just so."
Yerolemou is playing Syrio Forel, a water dancer or master swordsman from the Free City of Braavos. The former First Sword of that city until his departure under murky circumstances, Forel later takes up residence in King's Landing, where he and his skill with a blade come to the attention of Eddard Stark (Sean Bean), who retains Forel to train his daughter Arya (Maisie Williams) in the art of swordplay.

Readers of the books will know that Forel gets one of the most badass moments in the novel (arguably in the entire series) that cements him as a favourite character among many fans, despite his relatively brief appearances.

It has also been reported that a young British actor named Luke McEwan has also been cast in a minor role. He will be playing Rast, one of the numerous members of the Night's Watch.
Posted by Adam Whitehead at 15:28

That's Rorge, whom Brienne dealt with in AFFC. Rast is definitely one of the guys on the Wall, with Pyp, Grenn, Dolorous Edd and that whole crew.

Anon: I think you're thinking of Raff the Sweetling.