The two biggest names to emerge from the new round of casting for Game of Thrones are Jerome Flynn as Bronn and James Cosmo as Jeor Mormont. 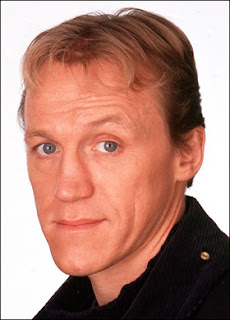 Jerome Flynn rose to fame in the military drama Soldier, Soldier in the early 1990s, where he formed a friendship with fellow actor Robson Green. After their characters featured in an episode singing, they were given a record contract by Simon Cowell and became a massive chart success as Robson and Jerome, with various easy listening covers of classic tracks such as 'What Became of the Broken Hearted' and 'Up on the Roof'. Green went on to appear in a string of acclaimed acting roles in various dramas, whilst Flynn went into musicals and theatre work. Thrones marks his first return to television in a decade. Interestingly, after a much shorter break, Green is also returning to television acting next year in a genre piece, as a guest actor in the third season of Being Human. 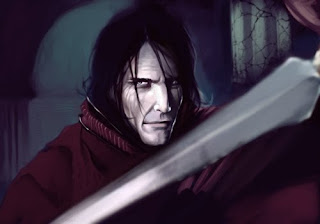 On Game of Thrones Flynn will be playing Bronn, a roguish sellsword encountered by several characters in a tavern. Bronn forms a lasting friendship and alliance with Tyrion Lannister (Peter Dinklage), who values the rogue's formidable ability to get things done (just don't ask how he did it) and somewhat relative loyalty. Bronn is a fan-favourite due to his dark humour and his excellent double-act relationship with Tyrion. 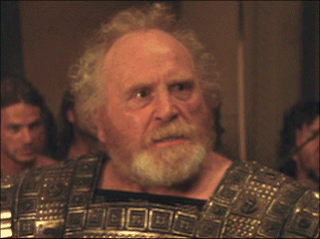 James Cosmo is a veteran Scottish actor with roles in many TV series and Hollywood films. He is the go-to guy if you want "Badass Old Guy Who Can Still Slaughter Everyone On Screen Believably," a role he has perfected as Hengist in Merlin, Hrothgar in The Last Legion, Campbell in Braveheart and General Glaucus in Troy. He has also recently appeared on American TV shows FlashForward and Castle, played Galder Weatherwax in the Sky One adaptation of Terry Pratchett's The Colour of Magic and was also Father Christmas in the recent movie version of The Lion, the Witch and the Wardrobe. 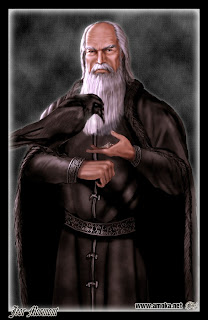 In Thrones he is superbly cast as Jeor Mormont, Lord Commander of the Night's Watch. Nicknamed the Old Bear, he commands the defence of the Wall. He is also the father of Ser Jorah Mormont (Iain Glen) and the brother of Lady Maege Mormont, who took over control of the House after Jorah's disgrace and exile to the Free Cities. Mormont is a formidable warrior, strategist and commander, a fine man to hold the Wall against the coming winter.

This last batch of casting announcement brings us much closer to a complete cast list for the first season. Only a few major roles remain to be cast, most notably Lord Tywin Lannister.
Posted by Adam Whitehead at 10:54

I hope I'm wrong and that he really nails the part, but Jerome Flynn is the first big standout "Swing and a miss" casting decision for me.

I'm going to assume that his audition was really good. Britain and Ireland aren't exactly lacking in 25-45-year-old actors who can nail a dubious, dangerous but charismatic scoundrel (Richard Armitage for a start, whilst Dominic West was also suggested but far too big for the role now).

But yeah, based on his performance in SOLDIER SOLDIER alone, I wouldn't have picked him for this role. I'd probably have gone for Robson Green, who at least has done a few darker, more nuanced roles in his time.

I'm hoping he blows us away though. It's not as far a stretch as Lovejoy playing a prostitute-beating barman in a dark and gritty Western and that worked out ;-)

epic casting. although im not sure about jerome flynn though. i guess its going to be another wait and see thing. god hoping he pulls a heath ledger and wows us all.

(swing and a miss anony-mouse poster here) Ah but I'd already been "shocked" in to seeing "Lovejoy" as a totally different person/actor after watching Sexy Beast, before Deadwood. But again, I really hope I'm wrong, and the fact he's spent most of his post Soldier Soldier career in theatre should bode well. hERE'S HOPING!

Indeed. I was hoping GRRM would comment on his auditioning but he hasn't. I suspect amongst British commentators it will prove to be one of the more controversial casting decisions, although as far as I can gather most Americans don't know who he is.

It's also worth noting that HBO also took one of the amusing bit-part priests from FATHER TED and turned him into Lucius 'MFer' Vorenus, so they're pretty good as this sort of thing. We'll see how it goes.

Nice job Wert! I looked through the IMDB ages of all the actors/actresses involved for information on them, but ti was really lacking. Seeing it from someone who is actually familiar with the people involved just makes it better.

Once again, thank you for the time and effort you put into these posts.

Cant imagine jerome flynn playin a tough guy, but u never no e might surprise us all!

How wrong all of these commenters were!