Some film and movie news

SyFy are developing an online Battlestar Galactica web series called Blood and Chrome. The new series, which would consist of 10 episodes of about 10 minutes, will be set during the First Cylon War and follow the adventures of the young William Adama stationed aboard Galactica. How they handle the continuity issues - namely that Razor established that Adama didn't perform a Viper combat mission until the very last day of the war - remains to be seen. 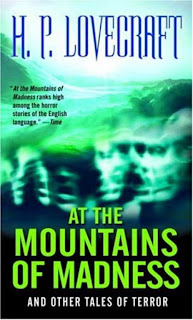 Guillermo Del Toro has returned from New Zealand and is now planning his next film: a 3D adaptation of H.P. Lovecraft's At the Mountains of Madness, to be produced by James Cameron. According to Del Toro he thinks that the film will need a budget of around $130 million, which is a fair amount in these increasingly frugal times in Hollywood. Whether he gets it for a relatively obscure (to the mass audience) adaptation remains to be seen.

Damon Lindelof is apparently onboard to rewrite Ridley Scott's planned Alien prequels (or at least the first one). However, during discussions between Lindelof and Scott they apparently generated an idea for a free-standing SF film as well. Whether that gets developed into its own movie or is pulled back into the Alien drafts is unclear at this time. Apparently Fox are seriously wooing Scott to make the first Alien prequel his next project, whilst Scott is also eying up an adaptation of Justin Cronin's The Passage. 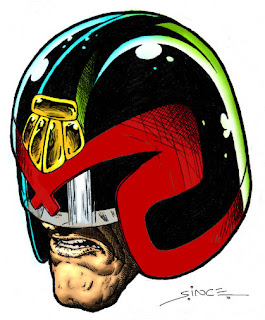 Moon director Duncan Jones passed on the chance to direct the new Judge Dredd movie, but now wonders if he's going to regret it. However, he suggests his planned film was too off-the-wall to be commercially viable anyway.
Posted by Adam Whitehead at 12:53

Heh, big fan of your blog, Adam, but the 'according to Lovecraft' typo just made me chuckle.

Great news about the film though...