The Mountain That Rides

In what will apparently be the last casting news from Game of Thrones for the next week or so, Westeros.org have confirmed that Australian actor Conan Stevens will be playing the role of Gregor Clegane on the series. 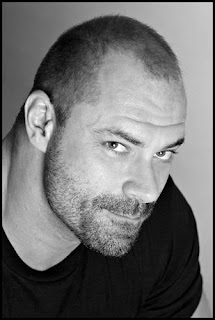 Stevens is an ex-professional wrestler who has acted in a number of Asian cinema releases, as well as co-writing the martial arts movie Bangkok Adrenalin. At over 7 feet in height, Stevens is slightly shorter than Gregor (but then so is most of the human race), so it will be interesting to see if CGI or practical effects are used to make him even more imposing in size. 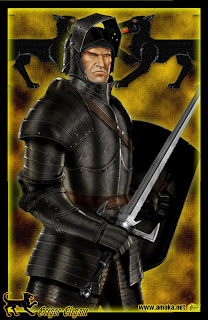 "A man who sees nothing has no use for his eyes. Cut them out." - The Wit and Wisdom of Gregor Clegane
Stevens is playing Ser Gregor Clegane, the elder brother of Sandor Clegane (Rory McCann) and easily the most feared knight in the Seven Kingdoms. A monstrous hulk of a man, Gregor wields a two-handed greatsword in battle and has a volatile, quick temper. He is a loyal bannerman and sworn knight of Lord Tywin Lannister. It is rumoured that Gregor committed some particularly foul and brutal deeds during the War of the Usurper. He and his brother hate one another.

Gregor has a relatively small role in the first book/season, but he becomes more important later on and eventually ends up in one of the more iconic duels in the series. Hopefully the TV series makes it that far.
Posted by Adam Whitehead at 21:35

It's cool to know an Aussie will be int he show, and his brother will be Scottish - I'm half of each but about 3 feet shorter than either of them :)

Wonder what accent they'll use?