Well, relatively. Aidan Gillen, well-known to viewers of The Wire and Queer as Folk, has been cast in the crucial role of Littlefinger on Game of Thrones. 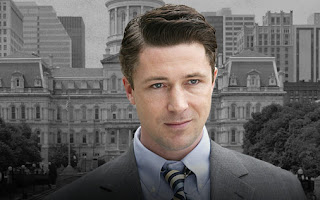 Aidan Gillen, born in 1968, rocketed to attention as the controversial character of Stuart Alan Jones in the Russell T. Davies series Queer as Folk in 1999-2000. In 2004 he was cast as Councillor Tommy Carcetti in the third season of HBO's The Wire, the most critically-lauded television drama of the last decade. Gillen remained on the show until its final episode, taking Carcetti from a naive, young councilman to the somewhat jaded mayor of Baltimore, sacrificing his ideals on the altar of political opportunism. 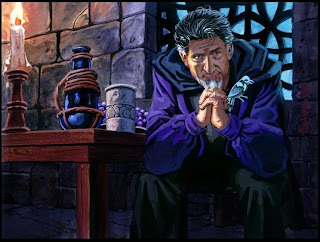 Lord Petyr Baelish may be the least powerful noble lord in all of Westeros, with his holdings and property consisting of a tiny tower on the smallest of the Fingers (the various peninsulas making up the coast of the Vale of Arryn). Hence his nickname, 'Littlefinger'. However, he is a financial genius, able to rub two coins together to make fifty, and has risen through the ranks to become King Robert's Master of Coin, a key advisor to the King and a central position at court as he controls the royal coffers. Littlefinger is also a childhood friend of Lady Catelyn Stark, and a potential ally of the Starks at court in King's Landing. However, Littlefinger's true motives and goals remain debatable.

Excellent news, and near-perfect casting.
Posted by Adam Whitehead at 01:41

Email ThisBlogThis!Share to TwitterShare to FacebookShare to Pinterest
Labels: a game of thrones (TV series), a song of ice and fire, george r.r. martin, hbo, news, the wire

What makes him a wonderful fit for Littlefinger is the ruthless ambition he displayed as Tommy Carcetti. Not only that, while watching the show, I actually believed that Tommy would actually fix Baltimore's problems even being familiar with the man's ambitious nature. A lot of that credit goes to Gillen's acting as he made the audience believe that he was the man for Baltimore. That kind of talent is going to come in quite handy as he plays Westeros' second most devious man.

Moreover,you don't break the bank on him, but he provides with you with a solid performance. Not only is Gillen a very talented actor, he is not well known, and that makes him perfect (From HBO's standpoint) for a supporting role like Littlefinger.

I'm surprised Adam was this restrained in his description of Gillen or his performance as Carcetti.

Carcetti was a good character on paper, but Gillen elevated him to greatness (despite a loss of focus on him in the fifth season). Whatever he's given in this series, he'll knock out of the park.

One question I have regarding this series - how flexible are the storylines? Can we get a little more burn with a great actor who's stealing scenes or are we locked into the story as Martin laid out in the books?

The writers have a degree of flexibility with the storylines. My understanding is that, because they are not locked into the tight POV structure of the books, they are going to expand and clarify events in the books that otherwise are related offscreen. For example, in the pilot script we actually saw Jon Arryn's death, heard his last words, and saw Pycelle relaying them to Cersei. This scene was eliminated for time, but another 'clarification' scene showing Jaime going looking for Tyrion in a brothel in King's Landing - a better introduction to their characters then them just showing up in Winterfell's courtyard - is still in.

How far they go with this - if for example we'll see Stannis in Season 1 back on Dragonstone or if we'll see more of Robb outside of the events of Cat or Bran's POVs - remains to be seen.

As awesome as Gillen was as Tommy Carcetti, the role that makes me just as excited (if not moreso) was the one he played in a much lower quality production...Shanghai Knights.

(waiting for laughter and muffled gasps to die down)

No, seriously...the character of Littlefinger actually reminds me of the character Gillen played in that movie, Lord Rathbone. He is a well-respected politician who makes shady deals to improve his own status in the back rooms. Gillen played him perfectly...all smarm and barely-under-the-surface wicked desperation.