Closing in on an air date for THRONES

Some information has recently come to light suggesting a potential airing date for Game of Thrones. In a recent interview, senior personnel at HBO stated that the show would begin airing in the 'second quarter' of 2011, which begins on 1 April. At a recent public appearance, George R.R. Martin also said that April is now the date under discussion for the show to launch. 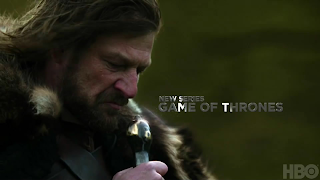 Looking at the dates, we can now narrow down the Thrones debut date to two possibilities. Seasons 2 and 3 of True Blood began on 14 June 2009 and 13 June 2010 respectively, which means that Season 4 will likely debut on 12 June 2011. In the above interview HBO states that they only want to show their original dramas on Sunday nights. Game of Thrones's first season consists of 10 episodes, plus the American Memorial Weekend (when, traditionally, many shows take a week's break) takes place at the end of May. Backing up 11 weeks from 12 June gives us 27 March 2011. Whilst not 'April' or 'second quarter', it's close enough to make no odds.

The other option is that either HBO will show a new episode on Memorial Sunday (not traditional in American television, but not impossible), will drop True Blood back to 19 June or will start the series with a double-length episode (very unusual for HBO but traditional for network television). The latter is unlikely as Thrones will almost certainly be partnered with Treme Season 2, with Thrones to air at 9pm and Treme at 10pm or vice versa, so a double-length Thrones debut means Treme losing a week. Regardless, this second possibility is that Thrones will debut on 3 April 2011.

A final announcement will be made closer to the time, probably after the New Year. Other information of interest is that production of Season 1 will conclude on 18 December and that, if the series is renewed, Season 2 will begin production earlier than this year, possibly as early as May or June. Another item of interest is that Season 1 has been filmed with three of the four different directors working on three different episodes simultaneously, and that one of these directors has completed his work and is now in post on his episodes. Filming in Malta has also now concluded.

So it looks like winter will be coming in the early spring. In a way a later transmission (in the autumn, just before winter) would be more appropriate, but an earlier transmission is certainly acceptable as well!
Posted by Adam Whitehead at 15:48

The final season of Big Love runs Sundays from Jan 16 to March 20, so, yeah, looks like either the 27th of March or the 3rd of April.