No, not that one, but almost as long-awaited: 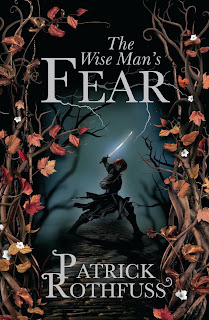 The quasi-final manuscript for The Wise Man's Fear has been fired off to both Pat Rothfuss's American and British publishers and both are now on course to publish on 1 March 2011. Gollancz have just confirmed via Facebook that they have received the manuscript and it is now full steam ahead. In addition, on his blog, Rothfuss confirms that ARCs and reader copies will be going out in the near (ish) future.

Why 'quasi' final? The book, though fully drafted and revised, still needs last-minute corrections, copy-editing and checks but, essentially, the book is done. Huzzah!
Posted by Adam Whitehead at 14:53

great. god hoping that it dosent take the harry potter route of the first book.

and i wonder if it will be one of those "embargo" situations?