Sad news today, as two notable figures in the field of screen SF have passed away. 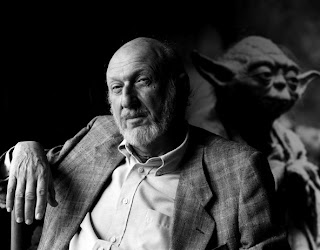 Irvin Kershner was a respected director with a string of successful films in the 1970s, most notably Return of a Man Called Horse and The Eyes of Laura Mars, but became famous when George Lucas hired him to direct the second Star Wars film. With its focus on character development as well as special effects sequences, The Empire Strikes Back became the most critically-acclaimed of the six Star Wars movies and is regularly cited as being the best movie sequel of all time (or one of two, alongside The Godfather Part II). His post-Empire career saw him direct the semi-unofficial James Bond movie Never Say Never Again before fizzling out with the weak RoboCop 2. He later appeared in numerous talking-heads documentaries about Star Wars. 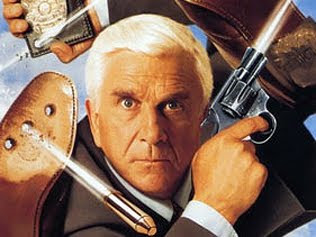 Just remember not to call him...you know where that's going, right?
Leslie Nielsen is best-known for his comic roles, particularly in the Airplane! and Naked Gun movies, the latter spun-off from the critically-acclaimed but low-rated early 1980s TV series Police Squad! (in color! Guest-starring William Shatner!). However, Nielsen made his early name as a serious actor and had a prolific career, appearing in over 100 movies. As well as the captain of the titular vessel in The Poseidon Adventure, he also played the lead role in the classic 1956 SF movie Forbidden Planet, still well-regarded to this day. Nielsen's own take on the film is insightful:

"Supposedly a science fiction version of Shakespeare's The Tempest, it was all about the id, or something like that. Who knows? The Trekkies today regard it as the forerunner of Star Trek. I just had to wear a tight uniform and make eyes at Anne Francis. I was pretty thin back then." - Leslie Nielsen on Forbidden Planet.

Both will be sadly missed.
Posted by Adam Whitehead at 15:37

"the best movie sequel of all time (or one of two, alongside The Godfather Part II)."

Good article, and of course ESB was the best Star Wars movie. Just want to mention "French Connection part 2" when it comes to movie sequels (although I guess I'd vote for Godfather Part II if it really went down to the wire.)