Ty Frank rules out a James S.A. Corey-penned continuation of A SONG OF ICE AND FIRE

Over on Twitter, Ty Franck, one-half of gestalt SF author James S.A. Corey (the creative team behind The Expanse) alongside Daniel Abraham, has ruled himself out from being involved in a continuation or conclusion of George R.R. Martin's A Song of Ice and Fire. 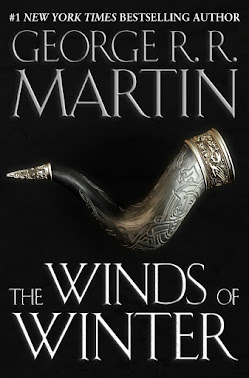 The news is not entirely a surprise: Franck and Abraham are close friends and collaborators with Martin on other projects, and Martin has made it clear over the years that he plans to complete A Song of Ice and Fire himself, come what may, so they are respecting his wishes. However, some fans have expressed some hopes that, should the concluding volumes of the series continue to frustrate Martin's creative juices in a timely manner, he might consider bringing in other people to at least help map out a plan for him to execute.

This kind of collaboration has become commonplace in modern fantasy. Brandon Sanderson, who is writing both his own huge fantasy series with The Stormlight Archive (four of ten planned books completed after a decade) and a much larger multiverse of interconnected series, has a huge array of beta and gamma readers who provide detailed feedback, as well as various experts in fields like geography, geology and military tactics, whom Sanderson can call on for advice as needed. The two authors of the Malazan series, Steven Erikson and Ian Cameron Esslemont, can call upon one another for plot or character advice. Before he died, Wheel of Time author Robert Jordan had a number of fellow writers and assistants (including his wife Harriet, who was also his editor and an editor on other fantasy series like The Black Company) he could call on for assistance when stymied by a story point.

In fact, Martin has already collaborated with Daniel Abraham to some degree on A Song of Ice and Fire. In 2005, when the manuscript for the fourth book had ballooned out of control, it was Abraham who sat down with Martin, assessed the situation and recommended pulling the completed story arcs out of the manuscript to create a smaller fourth book focused on one geographical area. This led to the splitting of A Feast for Crows and A Dance with Dragons. Although not a universally satisfactory or popular decision, it did at least clear the logjam at that point and allowed the series to continue (although other logjams did emerge later on). In more recent years, Abraham has been working on the graphic novel adaptation of A Song of Ice and Fire and has received some information from George about the planned ending to the books so he knows what novel stories he needs to follow closely and which can be jettisoned for clarity.

Martin himself has also reversed his once-firm stance that he would not create outlines to follow, feeling that they inhibit the spontaneity and invention of writing. In 2013 he sat down with Dan Weiss, David Benioff and Bryan Cogman to create an outline of the rest of the saga that could be used in crafting an ending to the TV show Game of Thrones (it remains unclear to what extent this outline was followed in crafting that ending, with Benioff and Weiss confirming a number of story points were 100% their invention whilst others came from Martin). Whilst that outline was oriented around the TV show (so probably doesn't address the facts of characters the show had already decided to ignore, like Arianne or Aegon the Maybe-Pretender or Jon Connington), it does mean that some forethought has gone into the ending.

Franck's statement indicates that at one point, he and Abraham would have considered working on such a project - only with Martin's express permission, approval and consent, obviously - but that has now past. 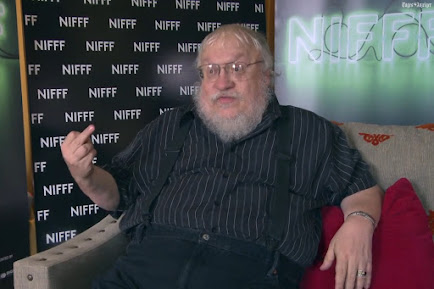 GRRM's highly reasonable response to questions over his mortality.

Of course, the question has also arisen in the event that Martin suffers Early Existence Failure before the series ends. Martin considers - quite rightly - the question to be gauche and in bad taste. He has indicated that currently his estate is under firm instructions not to let anyone else finish the series, especially after seeing what happened to his friend Roger Zelazny's Chronicles of Amber sequence when another writer decided to pen a subpar continuation of the series (not to mention the fate of Frank Herbert's Dune series, which some feel has been demeaned by the addition of poorly-conceived and badly-written prequels and sequels). He has, however, expressed admiration for the work of the late Christopher Tolkien, who spent many long years carefully presenting J.R.R. Tolkien's complete and incomplete manuscripts about Middle-earth, with editorial commentary.

Martin began writing A Song of Ice and Fire in the summer of 1991, publishing the first three volumes in relatively short order: A Game of Thrones in August 1996, A Clash of Kings in October 1998 and A Storm of Swords in August 2000. The pace of publication has since slowed, with A Feast for Crows following in 2005 and A Dance with Dragons in 2011. The sixth and penultimate volume, The Winds of Winter, is currently underway (and with recent positive and encouraging updates about progress) but with no release date set. Martin has also produced three novella prequels to the series: The Hedge Knight (1998), The Sworn Sword (2002) and The Mystery Knight (2010), and the novel-length history tome Fire and Blood (2018), as well as co-writing companion volume The World of Ice and Fire (2014).

The fifth season of the TV series based on James S.A. Corey's The Expanse is currently airing on Amazon Prime. The ninth and final novel, in the Expanse novel series, Leviathan Falls, is due out next year.

Sorry, but Martin just comes off as a petulant asshole here. He's got a right to give the finger to people who comment on his health. And he has an absolute right to write his book in his way. All that being said, however, if Martin was hit by a bus tomorrow, then A Song of Ice and Fire would be forever unfinished, and his lawyers would defend that as strenuously as the Tolkien estate has. That would be a tragedy for the fans and for Martin himself. I hope it doesn't happen, and if it comes to it, I hope he relents and allows others to pick up the pen. Now I feel like I owe Robert Jordan an apology. I hated the bloated and confused state of the narrative that Jordan left behind, and I think that Brandon Sanderson did the best that could be done under the circumstances. But now I see that we were truly fortunate to have Jordan leave behind real notes, have Harriet who cared to find the right person to finish the series, and to have Brandon accomplish the task with respect for the fans and the author's wishes. When it does come time for Martin to check out I hope he does so with half the grace that Jordan did. End of life decisions are hard, and none of us are at our best when we face them.