A History of Epic Fantasy - Part 1

Buzzfeed recently posted a "51 Best Fantasy Series Ever" list, which of course is nothing of the sort. Some very good books and a few nods at excellent-but-obscure stuff, but for the most part the list divides its time between the obvious and a lot of currently-trendy-but-incomplete stuff that we have no way of knowing will stand the test of time (putting such series at #1, #2 and #3 seems a bit optimistic, to me).

Rather than simply throw up my own list (although I may put together a Gratuitous List of such in the coming weeks), I thought it might be more interesting to look at epic fantasy, or at least the modern interpretation of the subgenre, through a chronological perspective. This has the benefit of allowing works to be listed without too much regard for whether they're any "good" or not, but more by their importance in the development of the field. 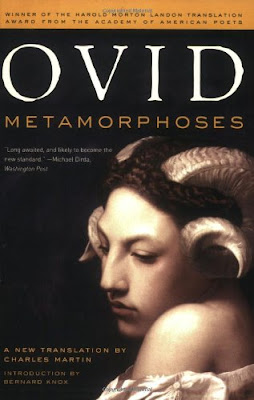 That said, there are some amusing parallels between modern publishing concerns and more ancient works of literature. Ovid's epic poem Metamorphoses (8 AD) can be seen as an attempt to order both Greek and Roman mythological traditions into one cohesive story with a beginning, middle and end (the then-recent deification of Julius Caesar), a bit like Tolkien's Silmarillion but drawing on pre-existing actual legends. Similarly, Sir Thomas Malory's Morte d'Arthur is a gathering together of various medieval and Dark Ages myths (particularly Geoffry of Monmouth's earlier work of three centuries prior) into a single coherent story. However most pre-modern fantasies can be seen as being more collections of fairy tales, folklore and religious legends rather than conscious works of "subcreation", to use a term coined by J.R.R. Tolkien.

"Subcreation", in Tolkien's definition, means for a writer to create a world (fictional or a variation on our own) and populate it with detailed peoples, cultures, histories and traditions, to give the illusion (however deep) of reality. This differs sharply from other forms of fantasy in which the weird, the strange and the genuinely fantastical are not given any form of explanation. Critics of epic fantasy have suggested that this is a counter-intuitive approach to the genre of the fantastic, giving rationalisation to something that cannot be rationalised. West of the moon and east of the sun should not be mappable (to paraphrase Pratchett), and pausing a reading of the legend of King Arthur to reflect that Camelot does not have a sound economic foundation to survive a major military campaign is to miss the mystery and romance of the legend. However, "subcreation" has come to define modern epic fantasy, to the point of some authors revelling in the sheer joy of creating places, cultures and stories about them, although even Tolkien warned of the dangers of getting carried away with this instead of focusing on the story at hand.

This form of work can be seen at an early stage in Jonathan Swift's Gulliver's Travels (1725), in which his hero travels to various fictional islands in the Pacific and Indian Oceans. These islands are described in some exacting and pedantic detail, as if Gulliver is making a report to the British Foreign Office, with their economies and politics discussed at length and maps of the islands included. Of course, this was part of Swift's satirical swipe at the then-modern (and, to his eyes, absurdist) politics of the British and French governments. But the idea of rationalising the irrational certainly took hold in the following generations. 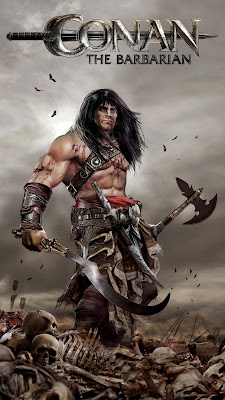 Pre-Tolkien Fantasy
Tolkien is held to be the father of epic fantasy, but certainly books were published before him which could be seen to have some of the same hallmarks. George MacDonald's Phantastes (1858), sometimes held to be the first fantasy novel written exclusively for adults, has the protagonist journeying into a fictional world which even has a proto-"magic system", in its depiction of the rules governing the spirits of the trees. The Well at the World's End (1896) by William Morris features a fantastical quest through an imagined landscape. Frank L. Baum's The Wonderful Wizard of Oz (1900) and numerous sequels depicted a fantasy world divided between various factions and races, all plotted on a handy map. Starting in 1905, Edward Plunkett, 18th Baron of Dunsany (popularly, "Lord Dunsany") wrote a series of books and stories where gods living in a fictional realm called Pegana are shown to have influenced human life. In 1924 he published The King of Elfland's Daughter, a novel-length quest narrative. Slightly preceding it, E.R. Eddison's The Worm Ouroboros (1922) is very much an epic fantasy in the traditional mould, complete with maps, military campaigns and a well-described background setting.

However, the most well-known writer of fantasy pre-Tolkien is Robert E. Howard. Born and raised in Texas, Howard started publishing short stories in a local high school newspaper in 1922, when he was just sixteen years old. Two years later his first story was published in Weird Tales and he became a regular in the magazine, selling stories about cavemen and reams of shorter works such as poems. In 1927 he created his first "hit" character, Kull the Conqueror, a warlord from Atlantis. This was swiftly followed by Solomon Kane, a puritanical warrior out to avenge his dead family. Both were moderately successful, although the rejection of several Kull stories discouraged Howard from using the character again. However, he cleverly rewrote one of the rejected stories, replacing the brooding Kull with a more outgoing, straightforward barbarian character: Conan of Cimmeria. The story, The Phoenix on the Sword, was published in December 1932 to a rapturous welcome.

Numerous Conan stories followed, with Conan's adventures attracting a dedicated fan following. After writing several stories, Howard paused to flesh out Conan's world - actually our own in a fictional epoch known as the Hyborian Age - and wrote a long essay about the world and its peoples, an early form of "worldbuilding". The essay was accompanied by maps of the Hyborian continent, which is recognisable Eurasia (and some parts of Africa) in a fictional, earlier form of development.

Conan was Howard's most successful creation, with numerous short stories being published in Weird Tales. After just a couple of years, Howard developed an interest in historical works and Westerns, and the Conan stories dwindled. Just as Howard was close to getting an actual book deal, which would have brought his work to a much wider audience, he suffered a depressive breakdown when his mother was diagnosed with a terminal illness and he committed suicide in June 1936.

However, the publication of the epic fantasy ur-work was imminent. By the time of Howard's death, an English academic had been gradually building up his own fictional legendarium for twenty years, and just a few months later published the first work set in that world: The Hobbit, or There and Back Again.
Posted by Adam Whitehead at 18:07

Nice start! I look forward to reading future posts in this series. I think it's a great service you are doing, because too many younger readers I meet don't understand the history of genre, and I've always felt that a big aspect to understanding the things we love in the present is to understand how we got to this point.

I have to admit that until I clicked on that BuzzFeed link, I thought you were exaggerating about the quality of their list. Boy was I wrong on that count! I don't even know where to start with that list! I guess the bright side is that, regardless of whether or not some of those series are "all-time greats," for the most part they are all worthwhile reads for anyone who stumbles on that list looking for suggestions.

I do agree that a series should be complete before consideration as an "all-time great." You just never know how things are going to play out. You don't award a team the win until the final buzzer sounds; likewise, it's hard to judge the lasting impact of an unfinished story. (I'm not saying that a disappointing ending should cause us to disregard all the good that came before, but I definitely believe things need to be evaluated in their entirety). I think the placement of the top three on that BuzzFeed list is a perfect example of why evaluating things in the middle of the story is dangerous: I have no doubt that if they had made this same list before the cool reception of "A Dance With Dragons," then ASoIaF takes that top spot (and if they make the list after "A Storm of Swords"? No contest!). But GRRM has gotten a bit bogged down by his epic, and his caché has suffered recently. The same thing happened to Robert Jordan (and to almost every other author at some point in their career); and since Brandon Sanderson is only 2 books into a 10 book series, the same thing could happen to him (I hope not, but it's a possibility).
So let's just hold off on naming unfinished series as "all-time greats." (I think the only exception to this rule is if a single sub-series or storyline is completely finished even though the author continues to write in the same world; i.e. one of Terry Brooks's trilogies set in the Shannara universe). I know this will make for lists that might be less "search engine optimized," or that contain fewer currently trendy authors, but that's simply how it goes with lists of that type. If you want to include the guys who are still writing, then simply make a list of "the best unfinished series."

(Final side note: although BuzzFeed titles their article as "...Best ... Ever Written," in their opening paragraph, they claim that the list is the best from the last 50 years, and laughably, the list fails that criteria too, as "Lord of the Rings," "Narnia," "The Once and Future King," and "Gormenghast" were all published before that).

Great job. However--I would say that Solomon Kane is a Puritan but calling him puritanical is a bit different. That term separates from the religious movement during Cromwell's time as Lord Protector during the English Civil War and the Protestant Interregnum, no?