Steven Spielberg will be directing the film version of Ernest Cline's novel Ready Player One, it was confirmed today. 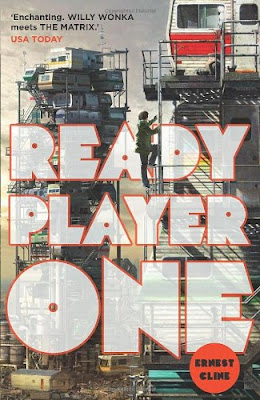 The novel, published in 2011, has been an international bestseller, although I must admit I found it a mixed bag, relying too heavily on nostalgia for effect. It was certainly a fun, if lightweight, book and it's a surprise that Spielberg is taking it on personally.

The film will be released on 15 December 2017. Cline's new novel, Armada, has just been released.
Posted by Adam Whitehead at 19:28

I couldn't make myself finish the book. maybe Spielberg sees something I missed.

Since this was a book I really enjoyed, I'm curious to see what the movie adaptation will be like. Assuming they can get licenses to a dozen or more other franchises, I've got high hopes. Fingers crossed!

Still need to read the book, keep hearing good things. Guess I have 2 years to get my act together.