The BBC has announced that it will be adapting China Mieville's 2009 novel The City and the City as a four-part mini-series. 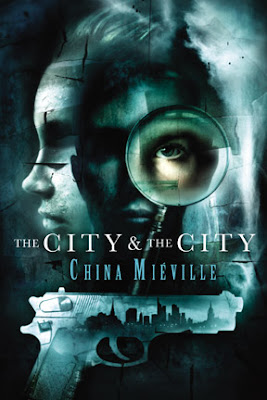 The series will air on BBC2 and is being written by Tony Grisoni, known for co-writing Fear and Loathing in Las Vegas and Tideland with Terry Gilliam, as well as TV series such as Red Riding and Southcliffe. Grisoni is an offbeat and interesting scriptwriter, and would seem a perfect match for the novel.

The book is set in the city of Besźel, which coexists at the same point in space and time with the city of Ul Quoma; residents of the two cities have to ignore one another, can't go into buildings that are in the "other" city and have to cross over at specially-designated border posts. Any transgression of these rules is retaliated against by a (possibly) supernatural force. A murder in one of the cities leads the investigating detective on a dizzying journey which incorporates both cities and the forces which control them.


"We are thrilled to be bringing China's dazzlingly inventive novel to BBC Two. It's a 21st Century classic - a truly thrilling and imaginative work which asks big questions about how we perceive the world and how we interact with each other."

No airdate for the series has yet been set, although at this point it'll likely be late 2016 or some time in 2017.
Posted by Adam Whitehead at 13:11