Shooting has commenced on Rogue One, the first stand-alone Star Wars movie. 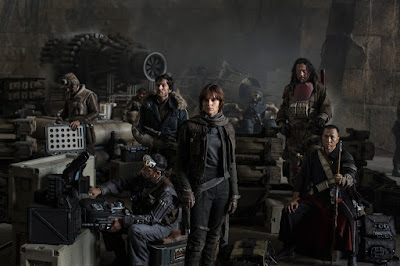 The new film takes place shortly before the events of Episode IV: A New Hope and sees a team of mercenaries and bounty hunters joining forces to steal the plans to the original Death Star. Apparently this will be a more "grounded" Star Wars movies that will not feature much (or any) use of the Force and will instead take its inspiration from films like The Dirty Dozen. Gareth Edwards, the director of Monsters and the new Godzilla, is helming the film. Felicity Jones will be starring and other actors appearing will include Alan Tudyk, Mads Mikkelsen and Forest Whitaker.

Rogue One will be the first of the Star Wars Anthology movies. A second stand-alone movie focusing on Han Solo about ten years before the events of Episode IV is in pre-production for a 2018 release, and it seems likely there will be a third film, possibly focusing on either Yoda or Boba Fett.