It appears that we will be getting two new China Mieville novels in 2016. 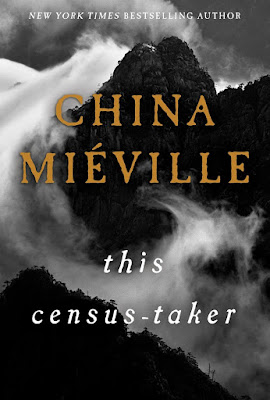 China Mieville is one of SFF's most respected and critically-acclaimed authors, and also one of its more prolific. He released six novels in just seven years (bookended by the YA works Un Lun Dun in 2007 and Railsea in 2012) before taking a hiatus. He released a short story collection, Three Moments of an Explosion, a couple of months ago and will apparently be back with two new works in 2016.

First up in January is This Census Taker, a short novel or long novella. Blurb 1:


Like Neil Gaiman’s major bestseller The Ocean at the End of the Lane, this is short and stirring fiction from a genre master.

After his mother goes missing, a boy is left alone in a remote house on a hilltop with his increasingly deranged father. When an odd man knocks on his door, the boy senses that his days of isolation are over. But will this stranger at last trigger the doom the boy has feared or will he somehow save the boy from the worst?


For readers of George Saunders, Kelly Link, and Karen Russell, This Census Taker is the poignant and uncanny new novella from award-winning and bestselling author China Miéville. After witnessing a profoundly traumatic event, a boy is left alone in a remote house on a hilltop with his increasingly deranged parent. When a stranger knocks on his door, the boy senses that his days of isolation are over—but by what authority does this man keep the meticulous records he carries? Is he the boy’s friend? His enemy? Or something altogether other?


This will be followed by his next novel proper, The Last Days of New Paris, later in the year. Blurb:

THE LAST DAYS OF NEW PARIS is an intense and gripping tale set in an alternative universe: June 1940 following Paris’ fall to the Germans, the villa of Air-Bel in Marsailles, is filled with Trotskyists, anti-fascists, exiled artists, and surrealists. One Air-Bel dissident decides the best way to fight the Nazis is to construct a surrealist bomb. When the bomb is accidentally detonated, surrealist Cataclysm sweeps Paris and transforms it according to a violent, weaponized dream logic.

I kept thinking of Aliette de Bodard’s THE HOUSE OF SHATTERED WINGS while reading China Miéville’s THE LAST DAYS OF NEW PARIS. The link may seem tenuous, as the styles and stories are very different. But they have in common the poetic evocation and reworking of a magic-saturated Paris after a devastating and reality-distorting event, the Magic War for THE HOUSE OF SHATTERED WINGS and the surrealist S-Blast for THE LAST DAYS OF NEW PARIS. Full review here: https://xenoswarm.wordpress.com/2016/08/12/the-last-days-of-new-paris-china-mievilles-deleuzian-science-fiction-novella/