Ridley Scott will start shooting the sequel to the 2012 SF movie Prometheus in January 2016, likely with a view to releasing the film in 2017. 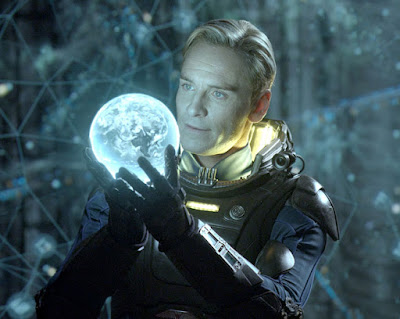 The news came as a slight surprise. Scott had seemingly pushed the sequel onto the backburner in favour of other projects, such as the long-gestating Blade Runner II. The muted critical response to the original movie and its middling financial success were believed to have been disappointing to 20th Century Fox as well. More notably, the studio has also been developing an Alien 5 with director Neil Blomkamp, with Sigourney Weaver set to return as Ripley and Michael Biehn as Hicks in a movie that seemingly ignores the third and fourth films. There had been theories that Alien 5's existence made a sequel to Prometheus less likely.

However, the sequel is now being fast-tracked. Michael Green and Jack Paglen have written the script (Damon Lindelof is not involved this time around) and Noomi Rapace and Michael Fassbender have already committed to reprising their roles as Shaw and David. The movie will presumably pick up on their adventures having seized an Engineer starship and taken off to find their homeworld at the end of the first movie. According to Scott, the traditional xenomorph alien will not appear in this film, despite hints to its origins in the previous one.
Posted by Adam Whitehead at 21:17

Why? The first movie was a major disappointment. Why a sequel?

"The muted critical response to the original movie"

Prometheus has a 73% approval rating at Rotten Tomatoes. This is damn good. Yet, this myth persists that critics panned it.

"According to Scott, the traditional xenomorph alien will not appear in this film, despite hints to its origins in the previous one."

The xenomorphs were never intended to be in Prometheus sequels - Ridley Scott was clear about this even before the first film's release.

Prometheus was always intended to be a jumping off into another set of stories set in the same universe as the Alien franchise.

But the xenomorphs were only going to appear in the first movie as a cross-over bridge between the two sets of stories.

Again this was made clear by Ridley Scott before the movie's release, but perhaps poorly communicated by Fox in its marketing.

To my mind, this is the crux of how Prometheus has been unfairly painted as a failure, as people went into it with the wrong expectations.

I loved Prometheus and three-quarters of film critics got it. Can't wait for the sequel. Excellent news!