Amazon's MAN IN THE HIGH CASTLE adaptation gets release date

Amazon has announced that its 13-episode adaptation of Philip K. Dick's seminal novel, The Man in the High Castle, will be released on 20 November. 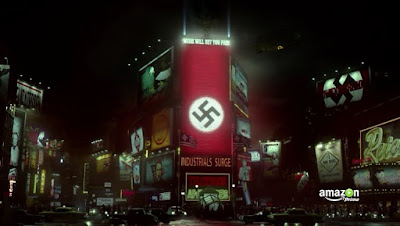 The Amazon series takes place an alternate timeline where the Germans and Japanese won WWII and divided North America between them, using the Rocky Mountains as a buffer zone. However, relations between the two former allies are deteriorating and threatening to explode into war, with the occupied people of the former United States caught between them.

The pilot episode was aired by Amazon in January to its strongest-ever critical reception, and set a new record for number of viewings for a pilot. The series is produced by ex-X-Files writer Frank Spotnitz and executive produced by Ridley Scott (who directed a previous Dick adaption, Blade Runner).
Posted by Adam Whitehead at 21:30