HBO have confirmed that they now envisage Game of Thrones lasting for eight years. The show recently completed airing its fifth season and production is now underway on the sixth, for airing in Spring 2016. 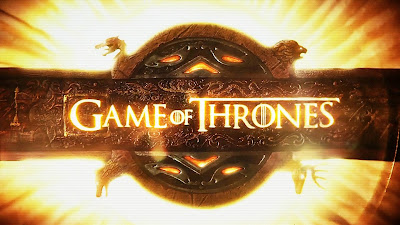 HBO programming president Michael Lombardo confirmed that executive producers Dan Weiss and David Benioff have requested two more years after the sixth season to wrap the series up. Lombardo was enthusiastic, suggesting that he'd be happy for the show to go even longer, but respecting the creative decision to keep the show down to eight years.

Eight years does not necessarily mean eight seasons, however. HBO and the producers may be considering an extended seventh season lasting longer (sixteen to twenty episodes) and then split in half to air over 2017 and 2018. This tactic has been used before by HBO for The Sopranos and by other companies for series such as Breaking Bad and Battlestar Galactica.

A primary obstacle to going long was contractual, with many of the Season 1 actors still on the show only under contract until the end of Season 6. However, HBO undertook early salary and contract renegotiations between Seasons 4 and 5, potentially tying up the actors for eight seasons.

HBO have also been enthusiastic about fan-proposed spin-offs, including ideas for a prequel series about Robert's Rebellion or adapting the Dunk and Egg novellas. However, George R.R. Martin retains the film and television rights to these stories and HBO would have to reach a new agreement with Martin if it wished to film them. Martin has previously been reluctant to tell the story of the Rebellion, either on TV or in prose, due to it being more important for setting up the Song of Ice and Fire/Game of Thrones narrative rather than it being a story in its own right. It is entirely possible that HBO could convince him to change his mind, but at the moment these ideas seem highly speculative.
Posted by Adam Whitehead at 18:28

I hope GRRM sticks to his desire not to do a Robert's Rebellion prequel. Maybe vignettes from that period, but not a full blown (limited) series. We just don't need it. If anything, Dunk & Egg, Aegon's Conquest, the Dance of the Dragons, the Blackfyre Rebellion, Bloodraven's story, the Conquest of Dorne, and the Maidens in the Vault.