Via Facebook, Justin Cronin has confirmed (actually a couple of months ago) that he has completed the manuscript for The City of Mirrors, the third and concluding volume in his Passage Trilogy. 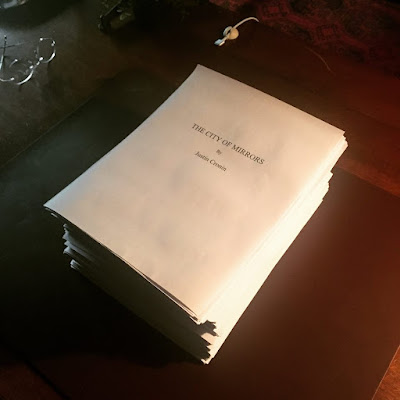 The trilogy began in 2010 with the publication of The Passage, a well-written, post-apocalyptic vampire novel with a story divided between three different time periods. The more concise sequel, The Twelve, was released in 2012. The City of Mirrors will be released in 2016.
Posted by Adam Whitehead at 19:33

Email ThisBlogThis!Share to TwitterShare to FacebookShare to Pinterest
Labels: justin cronin, news, the city of mirrors, the passage, the twelve

This is very good news. The first two books are excellent.