Amazon are deep in pre-production for their Lord of the Rings: The Second Age TV series, which is due to start shooting in New Zealand in the next two months. Up to this point the exact setting within the Second Age, which lasted for almost three and a half thousand years, has been unclear, but a private presentation by Amazon back in April suggests that it will focus on the forging of the Rings of Power. 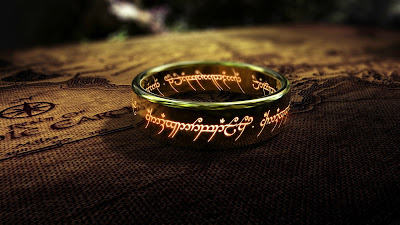 The forging of the Rings of Power was always the most likely place for this story to start, as it's the strongest connective tissue between the Second Age and the events of Lord of the Rings (which takes place 4,859 years after the forging of the One Ring). In this story, the Dark Lord Sauron, disguised as the elven prince Annatar, goes among the elven-smiths of Eregion, who live in the shadow of Moria, and corrupts them with promises of riches and power. He tricks them into forging the Seven and Nine Rings of Power to corrupt dwarves and men, but is taken by surprise when the elven master-smith Celebrimbor forges the Three Rings for the elves. Sauron then uses the knowledge he has gained to forge the One Ring itself in the fires of Mount Doom, betraying the elves and leading to a devastating war with Sauron's forces. Established characters like Elrond, Galadriel, Celeborn and possibly Thranduil (the father of Legolas) play roles in this conflict.

The Amazon presentation doesn't feature any footage from the series - because it hasn't shot a single frame yet - but it does feature a shot of the iconic One Ring, glowing with its famous inscription.

With a five-season run planned for the series, it's likely we will see further seasons exploring later periods of the Second Age, including the Downfall of Númenor and the War of the Last Alliance.

Thanks for the write-up!

I am curious to find out how they plan to deal with the time jump/dilation that will be required between the period of the forging of the rings of power (circa. 1300 - 1700 S.A.) and the latter events such as Nazgul being created, the division and social strife within Númenor as it becomes divided between pro-Eldar & generally anti-imperialist 'Faithful' around the Lords of Andunie (i.e. Amandil, Elendil, Isildur, Anarion) and the 'Kings Party' that illegitimately seizes the throne when Ar-Pharazon comes to power (by forcibly marrying the true heir, the young woman Tar-Miriel) and sets the stage for Sauron's takeover of the island-kingdom and its catastrophic fall in a war with the Valar (gods).

The later stuff is surely too cinematically and thematically rich for Amazon to ignore, not least given that in culminates in the Last Alliance of Elves and Men that fans of the LoTR film trilogy will even remember and know about from the Prologue (read in the films by Galadriel).

But the events of that second half of the narrative, take place around S.A. 3255-3319 - which means around 1,500 years in the "in-lengenadrium" chronology.

Of course, Númenórean royals and nobility can live for up to 400 years and the Elven characters, as well as Sauron, would stay consistent.