American animation producers Harmony Gold and Japanese animation studio Tatsunoko Productions have reached a new deal related to the Robotech and Macross franchises. This deal extends Harmony Gold's ownership of the Robotech franchise for potentially decades to come and allows the planned Sony live-action movie to proceed but will also give Tatsunoko a greater share and say in what happens to the wider franchise. 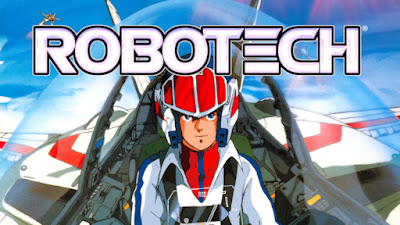 Rewinding a little, back in 1982 Tatsunoko co-produced (with Studio Nue) Super Dimensional Fortress Macross, a game-changing anime series based around transformable mecha war machines. Harmony Gold bought the rights to Macross and two other unrelated but similar shows (Super Dimenson Cavalry Southern Cross and Genesis Climber Mospeada) and writer Carl Macek combined the three of them into one new franchise, re-dubbed to make it appear that it's the same story unfolding over three generations: Robotech. Launched in 1985, Robotech was a big hit, spawning toys, video games, RPGs and a best-selling novel series by Jack McKinney (a pen-name for Brian Daley and James Luceno).

However, attempts to continue the Robotech franchise ran afoul of declining audience interest and complex rights issues with Tatsunoko and another licence holder, Big West, particularly over vehicle and mecha likenesses, some of which were also licenced to the unrelated BattleTech franchise whilst the iconic Veritech/Valkyrie fighter ended up becoming the Transformers character Jetfire. Tatsunoko and Studio Nue also continued to develop Macross sequel and prequel series (such as Macross II, Macross 7, Macross Zero, Macross Frontier and Macross Delta), which Harmony Gold blocked from release in the United States because of fears of confusing audiences. The previous deal between Harmony Gold and Tatsunoko was due to expire in 2021, which some fans welcomed in the hope that both the original and later Macross series would be available in the United States in their original form. 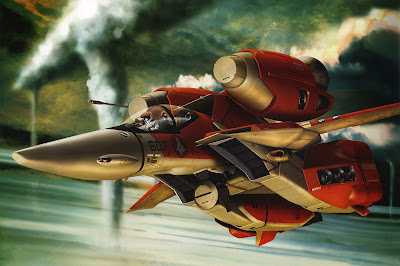 The new deal between Harmony Gold and Tatsunoko extends Harmony Gold's ownership of the rights needed to continue the Robotech franchise for an unspecified time into the future, although some reports suggest this may be on the order of twenty to thirty years. The deal will also apparently allow for new and greater collaboration between the studios moving forwards, and Tatsunoko and Studio Nue will be given greater credit on future re-releases of the Robotech franchise.

Most critically, the deal allows Sony to move forwards with their planned live-action movie version of the project. A big-budget, high-priority project, directors James Wan (Furious 7, Aquaman) and then Andy Muschietti (IT, IT: Chapter Two) have both been attached to the movie. With the rights issue in doubt, Sony moved the project to the backburner and Muschietti has since committed to directing a live-action Attack on Titan movie. It is unclear if Sony will wait for him to finish that project, reconnect with Wan or will start looking for another director altogether. 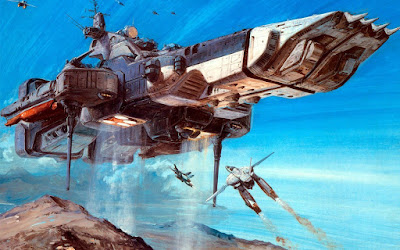 Harmony Gold have also indicated they are willing to work with Tatsunoko to bring the other Macross sequel and prequel series to market in the West, but have not announced firm plans as yet. It should be noted they have said as much multiple times in the past and nothing has happened.

The renewal of the licence also makes other possibilities viable, such as Netflix remaking the original series in a similar manner to their recent reboot of the Voltron franchise.
Posted by Adam Whitehead at 14:42

Mospeada and Southern Cross were released in the West, in Japanese with English subtitles only. There were DVD sets by ADV in the USA and by Madman in Australia (all long out of print), and both series have been available on Amazon Prime since 2016 (US only).