Amazon has revealed the full creative line-up behind its Lord of the Rings prequel series set in the Second Age of Middle-earth's history. 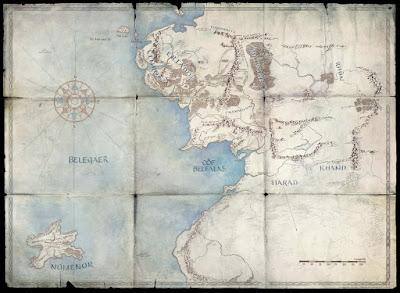 J.D. Payne and Patrick McKay (various unproduced scripts) are the head writers and showrunners on the project.

J.A. Bayona (The Orphanage, A Monster Calls, Jurassic World: Fallen Kingdom) is directing the first two episodes and will serve as executive producer alongside his regular collaborator Belen Atienza.

Bryan Cogman (Game of Thrones) and Stephany Folsom (Toy Story 4) are serving as consulting producers and writers. Ron Ames (The Aviator) is also serving as a producer.

Tolkien scholar Tom Shippey is serving as a creative consultant on the project, alongside famed Tolkien artist John Howe as an illustrator and concept artist. Howe also served in this capacity on Peter Jackson's Lord of the Rings movie trilogy.

Production of Lord of the Rings: The Second Age (not necessarily the final title) will begin with some preliminary shooting next month in New Zealand, followed by the full production schedule kicking in next Spring. On that basis, the show is unlikely to air before mid-2021.
Posted by Adam Whitehead at 17:08