First castmember confirmed for LORD OF THE RINGS: THE SECOND AGE

Variety has the scoop on the first actor cast for Amazon's Lord of the Rings: The Second Age TV series. 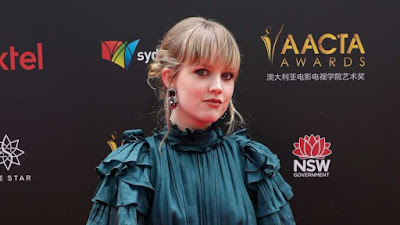 Australian actress Markella Kavenagh (the Romper Stomper TV series) will be playing a role apparently code-named "Tyra" in the series. For series with a high degree of secrecy like this one, it's not unusual for characters to be given new or misleading names in casting sides until the studio judges it time to reveal their true role.

As, in Tolkien's legendarium, elves are immortal and Numenoreans can live for 200-300 years, the actress' youth doesn't necessarily mean she's playing a young character.

Assuming this isn't a totally brand-new character, possibilities for Kavenagh's role include Tar-Telperien, the Ruling Queen of Numenor at the time that Sauron forges the One Ring; her ancestor Tar-Ancalime; potentially Tar-Ancalime's mother Erendis, from Tolkien's only narrative story from Numenor ("Aldarion and Erendis", which can be found in Unfinished Tales); or even a younger version of Galadriel, one of the few Lord of the Rings characters expected to play a role in the new series (alongside Elrond and Celeborn, possibly Thranduil from The Hobbit).

More news as we get it. With filming due to start before the end of August, it's likely most, if not all, of the casting has already been completed and more news will be released (or leaked) soon.
Posted by Adam Whitehead at 00:05