Two very different but distinguished actors have sadly passed away this week. 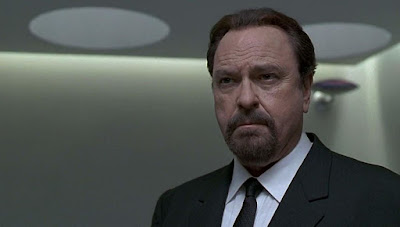 Rip Torn (1931-2019) is best-known for his recurring role on The Larry Sanders Show (1992-98) and 30 Rock (2007-09) but his career began way back in Hollywood in 1956. His promising career was nearly derailed by conservative opponents in the 1960s when he discussed forming a national theatre company with Robert Kennedy and lost a lead rile in Easy Rider following a war of words (and allegedly knives) with Dennis Hopper, but he got back on track in the 1970s with roles in movies like The Man Who Fell to Earth.

His main genre credentials include the boss of the agency in the Men in Black trilogy and guest shots in TV shows such as The Man from UNCLE. He also occasionally provided vocal roles for video games, such as God of War III (2010). He is survived by six children, including actress daughter Angelica Page. 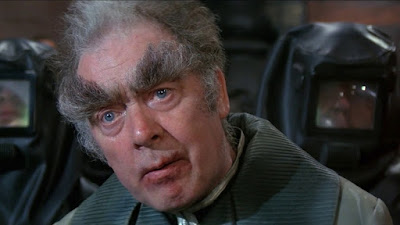 Freddie Jones (1927-2019) is probably best know to SFF fans for his memorable turn as the mentat Thufir Hawat in David Lynch's 1984 film version of Dune. He began acting in the 1960s, appearing in TV shows such as Z-Cars, The Avengers and The Caesars. After building up a solid filmography in the 1970s, he auditioned for David Lynch's The Elephant Man (1980). Lynch was impressed by Jones enough to cast him in both Dune and Wild at Heart (1990).

In his later career, Jones was cast on soap opera Emmerdale, where he played Sandy Thomas from 2005 to 2018. He left the role last year after deciding to retire from acting at the age of 90. He is survived by three children, including actor Toby Jones.
Posted by Adam Whitehead at 13:02