The American Hulu streaming service is planning a fresh adaptation of Douglas Adams' science fiction comedy franchise, The Hitch-Hiker's Guide to the Galaxy. 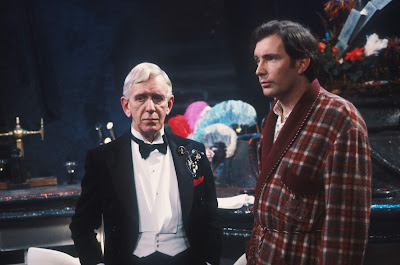 Originating as a radio series in 1978, the story has been adapted as five novels, a BBC TV mini-series in 1981 (recently reissued on Blu-Ray), several video games and a 2005 Hollywood movie which was, to put it mildly, not great.

The new project is being spearheaded by producer Carlton Cuse (Lost) and writer Jason Fuchs (Wonder Woman). It is unclear which of the several different competing versions of the story they will be adapting, although the smart money is on the novels, which took the story further than any of the other mediums.

The BBC mini-series only adapted the first two books, The Hitch-Hiker's Guide to the Galaxy (1979) and The Restaurant at the End of the Universe (1980), so a fresh TV version could take the story further by adapting Life, the Universe and Everything (1982), So Long and Thanks For All the Fish (1984) and Mostly Harmless (1992).

BBC America recently used Adams' other major genre work, Dirk Gently's Holistic Detective Agency, as the inspiration for a two-season TV show that was well received but not successful in the ratings game.
Posted by Adam Whitehead at 21:51