Dutch actor and writer Rutger Hauer has sadly passed away at the age of 74. 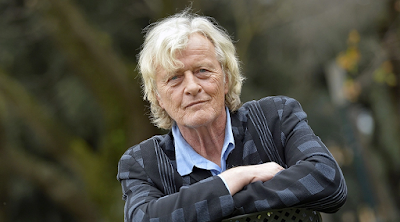 Born in Breukelen in the Netherlands in 1944 (when the country was still under Nazi occupation), Hauer grew up in Amsterdam. A restless teenager, he literally ran away to sea at the age of 15 and spent a year working on a freighter. He also served as a combat medic in the Netherlands army before taking acting lessons.

Hauer spent several years in an acting troupe where he caught the eye of renowned Dutch director Paul Verhoeven, who cast him as the lead role in the medieval drama series Floris (1969). Verhoeven was concerned about Hauer's lack of experience, but thought he looked good on a horse and wielding a sword, and the production saved some money because Hauer was eager to do all his own stunts.

Verhoeven and Hauer soon became a team, working together on Soldier of Orange (1977) and Spetters (1980). Hauer could speak English and made his debut in that language in The Wilby Conspiracy (1975), a film about apartheid in South Africa. The film was not successful, so he had to wait several years until he got his second chance at an English-speaking role, in Nighthawks (1981), where he appeared alongside Sylvester Stallone.

The following year, Hauer was cast by Ridley Scott in his science fiction film Blade Runner (1982). Hauer played the renegade android Roy Batty, the ostensible villain of the film, but his sympathetic performance contributed greatly to the character's ambiguity. For his death scene, Hauer took the existing dialogue and ad-libbed new material around it to create one of the most famous monologues in cinematic history.


Additional roles followed in Eureka (1983), The Osterman Weekend (1983), Flesh & Blood (1985, again with Verhoeven), Ladyhawke (1985) and The Hitcher (1986). Paul Verhoeven, who was also blowing up in Hollywood at this point, wanted Hauer for the title role in RoboCop (1987) but the role went instead to Peter Weller after it was discovered that Hauer couldn't fit inside the mechanical suit.

By the start of the 1990s, Hauer's career appeared to be in decline with less prominent Hollywood roles being offered. However, things picked up when he was picked to star in a long-running series of adverts for Guinness, which made him a familiar face on television. He secured the role of the villain in the original movie version of Buffy the Vampire Slayer (1992), where he was extensively praised by scriptwriter Joss Whedon for his professionalism and conduct on set (in stark contrast to co-star Donald Sutherland). In 1994 he played the lead role in HBO's adaptation of Robert Harris' alternate-history novel Fatherland, for which he was nominated for a Golden Globe.

By the 2000s, Hauer had become a cult favourite, especially for his appearances in science fiction and fantasy projects. He was cast in roles on television series such as Smallville, Alias and Merlin. He also appeared in the lead role of Hobo with a Shotgun (2011) and guest-starred in the sixth season of True Blood (2013). In 2015 he appeared in the opening episode of The Last Kingdom.

Hauer passed away on 19 July 2019 - the same year that Blade Runner takes place in, coincidentally - after a short illness. An intense, versatile and memorable actor with many great appearances, he will be missed.
Posted by Adam Whitehead at 22:21

Actually, I saw it because in the mid-'90s my best mate worked in a video store, so we watched a LOT of sci-fi, fantasy and action films!

I always saw him in my mind
as the ideal Lestat