Marvel and Disney have confirmed their upcoming slate of movies and TV shows for Phase 4 of the Marvel Cinematic Universe.

Marvel Cinematic Universe head honcho Kevin Feige announced the projects at the San Diego Comic-Con, outlining their release schedule for the next five years (although, as with the previous phase, there may be some variations to this schedule as things crop up). He also confirmed that Avengers: Endgame is imminently poised to surpass Avatar at the box office to become the biggest-grossing movie (unadjusted for inflation) of all time.

The movies and TV series confirmed and announced are as follows: 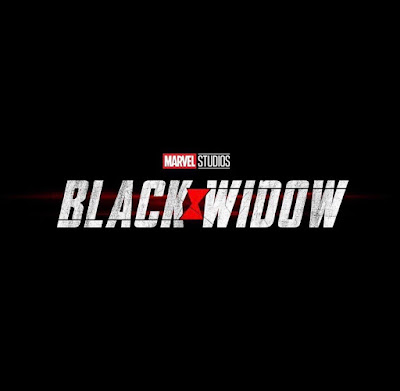 Set shortly after the events of Captain America: Civil War, this long-awaited stand-alone movie for Black Widow will also feature flashbacks to earlier in her life and career, including the much-discussed “Budapest incident.” 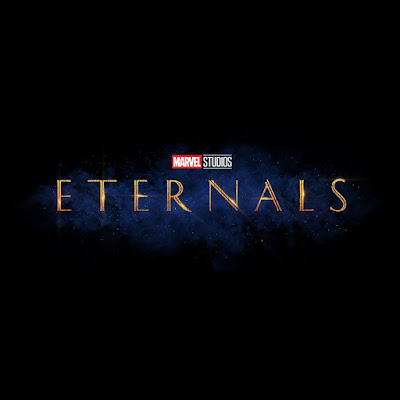 The Eternals introduces a completely new group of characters to the Marvel Cinematic Universe, a powerful race of extra-powerful beings whose attention is called to Earth by recent events. 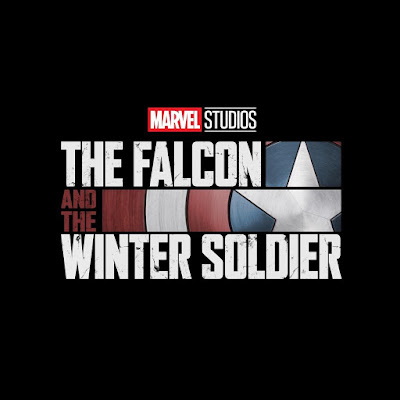 The Falcon and the Winter Soldier
Autumn 2020 on Disney+ (6 episodes)
Starring Anthony Mackie as Sam Wilson/Falcon, Sebastian Stan as Bucky Barnes/Winter Soldier, and Daniel Bruhl as Helmut Zemo, with Emily VanCamp reportedly in discussions to reprise her role as Sharon Carter.

The first Marvel show for Disney+, this series will pick up after the events of Avengers: Endgame and explore Falcon’s role as the new Captain America. He and Winter Soldier team up for apparently a lower-key, grittier story more in the tone of Captain America: The Winter Soldier. Zemo, the villain of Civil War, returns and apparently will don his iconic costume at some point. 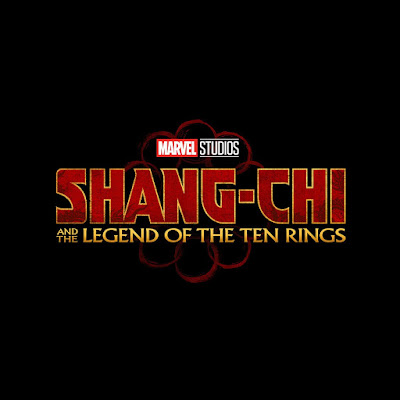 Shang-Chi and the Legend of the Ten Rings
12 February 2021
Directed by Destin Daniel Cretton
Starring Simu Liu as Shang-Chi and Tony Leung Chiu-wai as the Mandarin. Also starring Awkwafina.

The introduction of a new superhero, who has mighty martial arts skills. Shang-Chi will be fighting the Mandarin, the real Mandarin after a fake one appeared (contentiously) in Iron Man 3. 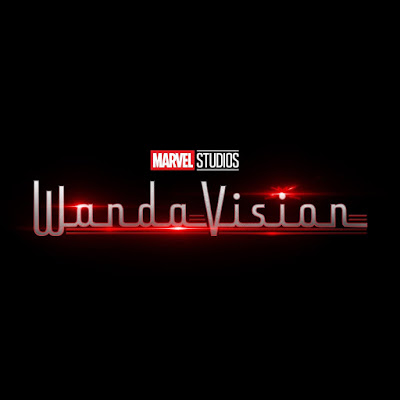 This series is interesting because it is set after Infinity War and Endgame, which obviously raises the question of how Vision is in it. The mini-series has been described as a major event series which will have major ramifications for the MCU going forwards, including immediately setting up the events of the Doctor Strange sequel, so the smart money is that this series will introduce the Marvel Multiverse in full (after teasing it in Endgame and Spider-Man: Far From Home). 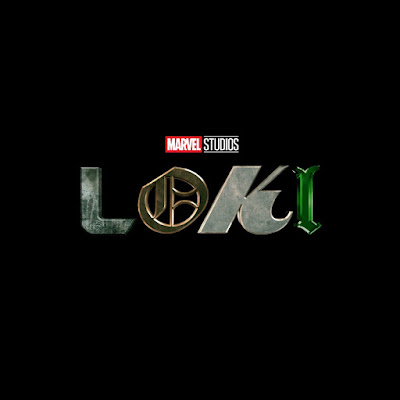 This mini-series will explore both what happened to the alternate-universe Loki introduced during the events of Avengers: Endgame and will also expand on Loki’s backstory, featuring flashbacks to key moments in Earth history where it will be revealed that Loki had a hand. 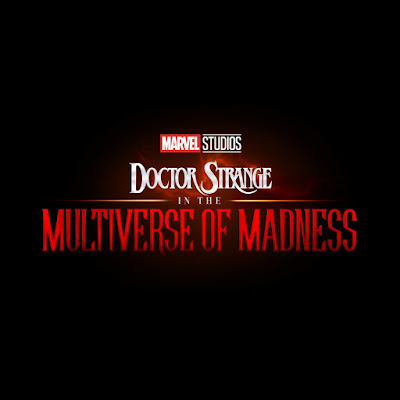 This sequel to Doctor Strange is apparently the MCU’s first “horror movie” and will explore the ramifications of the discovery of the Multiverse, with Scarlet Witch providing continuity from her mini-series. It’s unclear if Benedict Wong or Chiwetel Ejiofor will be returning at this time. 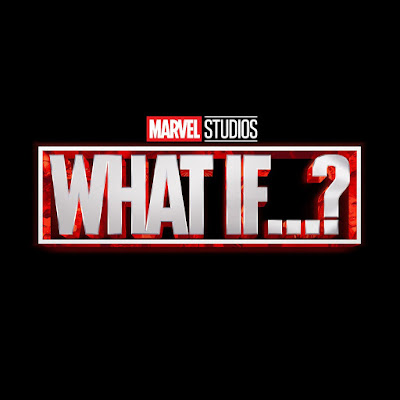 The MCU’s first official animated series is an anthology alternative-universe show, narrated by Jeffrey Wright as The Watcher. Each episode explores a different “what if?” possibility from the MCU, such as Peggy Carter becoming the super-soldier instead of Steve Rogers. 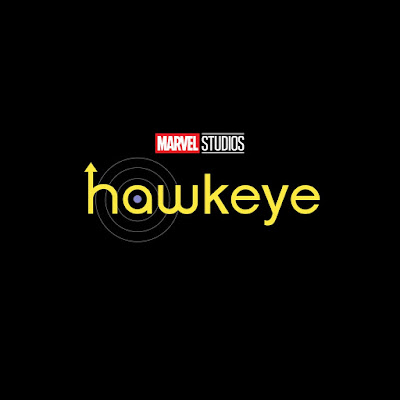 A mini-series focusing on Hawkeye as he meets a talented young woman, Kate Bishop, and trains her to effectively become his replacement. 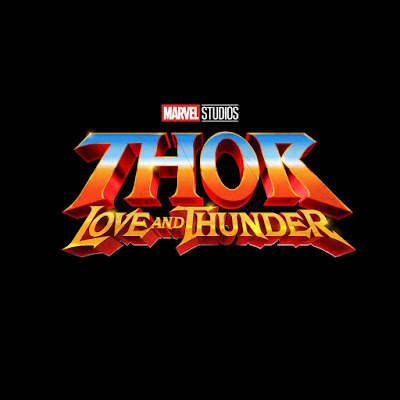 The sequel to Thor: Ragnarok, although this film feels like it will need to jump a little bit to address the ending of Avengers: Endgame (which seemed to be setting Thor up as a member of the “Asgardians of the Galaxy”). The big news is that Natalie Portman is returning to the MCU for the first time since Thor: The Dark World in 2013 (although she did provide a brief voiceover in Endgame, but the physical footage of her in that movie was cut material from The Dark World). The story will seem to revolve around Jane gaining the powers of Thor, a story arc drawn from the comic books. 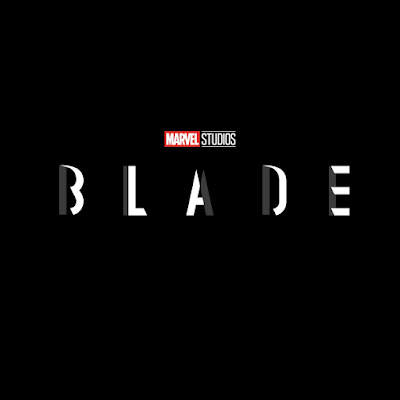 Blade
Date and director to be confirmed
Starring Mahershala Ali as Blade.

In a surprise move, Marvel confirmed that they are rebooting the Blade character in the MCU. Wesley Snipes previously played the character in Blade (1998), Blade 2 (2002) and Blade: Trinity (2004). Blade is, historically, the first movie made by Marvel under the deal that would eventually pave the way to Iron Man ten years later. Snipes had been hoping to reprise the role in the MCU, and played a satirical version of the character in What We Do in the Shadows earlier this year (in an episode directed by Taika Waititi!), but going with fresh blood makes sense.

This also marks the first time a major actor from one of the Netflix shows has appeared in the films as a separate character, as Mahershala Ali had previously played Cottonmouth on Season 1 of Luke Cage, furthering he likelihood that Marvel no longer regards the Netflix shows as canon.


Other Projects
Feige also confimed that more movies are on the way. He formally confirmed that Captain Marvel 2 was coming and reconfirmed that Guardians of the Galaxy Vol. 3 will be in production as soon as James Gunn finishes up on The Suicide Squad for Warners. More surprising was the absence of Black Panther 2, as they seemed ready to roll into production quite soon. The packed schedule suggests we won’t see that film until early 2022 at the earliest, a full four years after its predecessor.

In more exciting news, Feige also formally confirmed that the Fantastic Four will be introduced to the MCU, but they don’t have a schedule for that just yet. Mutants – presumably the X-Men sub-universe – are also on the cards, but are again even further down the pipe. Feige had previously suggested that we wouldn’t see the X-Men show up until 2023 and Phase Five at the earliest, and that seems to track with that.

Noteworthy by their absences are Ant-Man 3 and any future Avengers movies, which you assume has to be a shoe-in after the titanic success of Endgame, even if the next Avengers movie features a very different roster to the previous ones. There was also no confirmation for the Hulk Disney+ series that had been mooted with the possible aim of bringing in She-Hulk, or the mooted Thunderbolts film and Power Pack series for younger viewers, all of which are presumably now on the backburner.

More news as we get it.
Posted by Adam Whitehead at 02:52

Email ThisBlogThis!Share to TwitterShare to FacebookShare to Pinterest
Labels: black widow, blade, doctor strange in the multiverse of madness, hawkeye, loki, marvel, shang-chi, the eternals, the falcon and the winter soldier, thor: love and thunder, wandavision, what if

Great coverage, and some crazy news out of San Diego. A small correction though: Mahershala Ali isn't the first recognizable actor to pull double duty--Alfre Woodard was in Luke Cage and Captain America 3 as different characters.