AVENGERS: ENDGAME becomes the highest-grossing film of all time 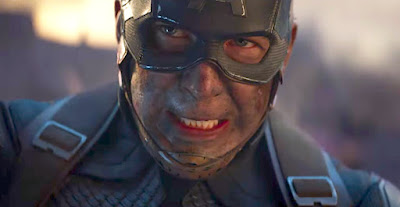 Not only has Endgame achieved the feat, it has done so about half the time that Avatar managed. The film remains in cinemas and may get an additional boost from re-releases further down the line (something Avatar also made use of to achieve its haul).

For the first time since the release of Titanic in 1997, James Cameron is no longer the highest-grossing director of all time, having passed that baton on to Endgame directors Anthony Russo and Joe Russo. However, Cameron will come out swinging as Avatar 2 is scheduled for release on 17 December 2021, and he'll be wanting his crown back.

Disney, which owns both Marvel and, after the acquisition of 20th Century Fox earlier this year, the Avatar franchise, is of course laughing all the way to the bank.
Posted by Adam Whitehead at 00:55