LORD OF THE RINGS: THE SECOND AGE gets director, new writers and confirmed filming location

Amazon's upcoming TV series, The Lord of the Rings: The Second Age*, has acquired its first director. 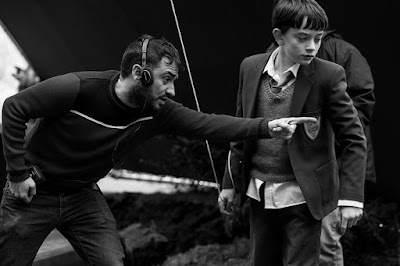 Gennifer Hutchison has also been added to the writers' room. Hutchison is best-known for writing five episodes of Breaking Bad and eight of its spin-off show, Better Call Saul. She was also on the production staff of The Strain.

The series will start production next month in Auckland, New Zealand. Peter Jackson's six previous Middle-earth movies were shot in New Zealand, but it looked like the new series was going to move filming to Scotland after positive discussions there. New Zealand Prime Minister Jacina Ardern made a personal telephone call to Jeff Bezos, the head of Amazon, to secure the deal for New Zealand instead, although it remains possible there will be a small amount of filming in Scotland.

* possibly not the final title
Posted by Adam Whitehead at 19:20